Flight Control was one of those amazing games I was addicted to for a short period of time. The purpose of the game was to land planes on their respective runways–easy enough, right?

The popularity of Flight Control has now surpassed 3 million downloads in just 18 months after its release, and is still in the top 30 paid games in 64 countries around the world. That’s insane. The Firemint team has done an amazing job with app updates for Flight Control.

When developers come up with a game that has a simple concept, good graphics, easy game play, and sell it aggressively for 99 cents–there’s a very high chance of success. An upcoming update will allow full integration with Game Center, which will be arriving with iOS 4.1 (which should be available for download later today).

Well done and congrats to the entire Firemint team for their achievements! 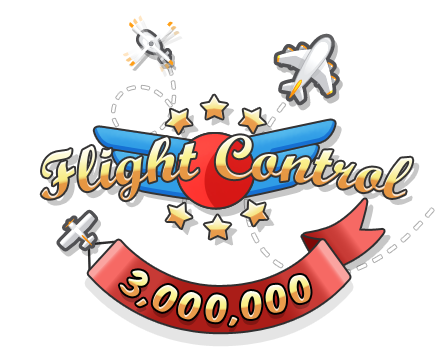 What are some of your favourite iPhone games at the moment? Are you still playing Flight Control?