The Globe and Mail iPhone app is a fantastic news app. Today, they released Globe Politics, a dedicated political news app that focuses on stories about what’s happening in Ottawa and beyond.

If you’re looking for all your political stories in one place, you’ll find it in this app. News sections include: national, international, editorial, and commentary to name a few.

The app allows for saving of favourite stories, changing of font sizes and social sharing on Facebook and twitter. There’s also ‘pull to refresh’ for the main page (this feature is now becoming commonplace in many apps; thanks to Loren Brichter).

For political news junkies, you’ll enjoy Globe Politics. I did have some issues loading stories as “content not available” appeared. I’m sure this will be addressed soon. Let me know what you think of the app below in the comments! 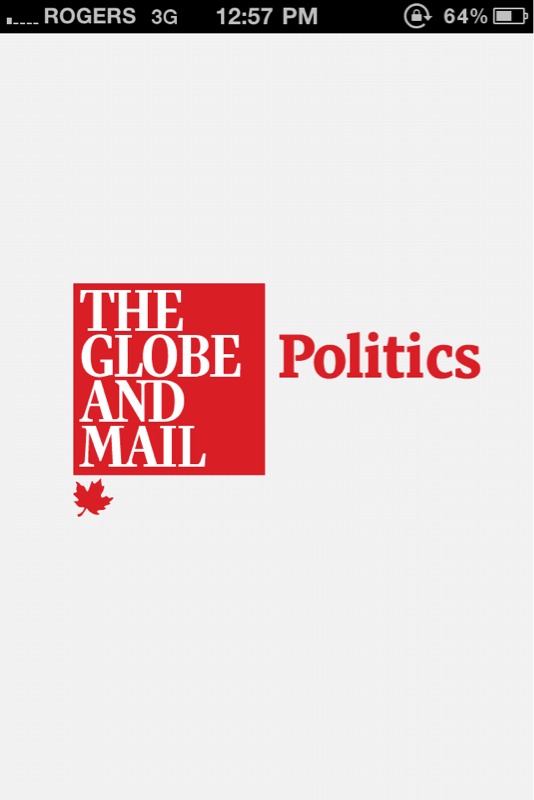 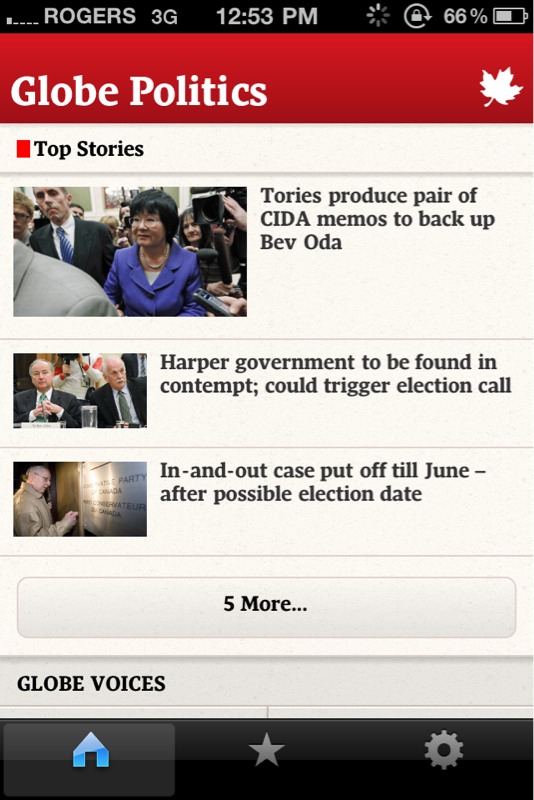