The Google Search iPhone app (formerly known as Google Mobile; was revamped in March)Â just got an update, and it brings faster performance and new features to make it easier to use. According to the Google Mobile blog, the app is 20% faster than before. The feature “Just Talk”, where you could just search by moving the iPhone to your ear is now off by default. 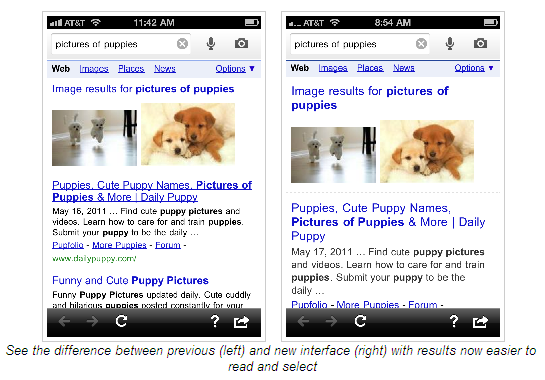 I love using this app for the voice search. It works well, and is something Apple is apparently working on in iOS 5.