It’s the best time of the year–NHL playoff hockey is here! I hope your playoff beard is off to a good start. There are two Canadian teams left in the race for the Stanley Cup (enjoy the golf season, Ottawa): Vancouver and Montreal.

If you’re a Canucks fan, you most likely saw that epic 3rd period when the Canucks came back to clinch the series versus Los Angeles. For those who can’t make it to a TV for the game, what’s the next best thing? Listen to the game on your iPhone!

TEAM 1040 Canucks Broadcasts Right on your iPhone with: CHUM Radio

We first wrote about how to listen to Canucks games on your iPhone via FStream. However, the stream URL changed later in the year, and it was never resolved. Luckily, thanks to a reader tip an updated URL has been posted. Check out the original post here.

But there’s an easier way now: download the CHUM Radio iPhone app! You can listen to the TEAM 1040 right on your iPhone (plus a tonne of other CHUM stations) and it plays in the background (just hold the PLAY button for a second; once you see the stream playing in Quicktime just press Home)! This Friday you’ll be able to listen to the Canucks take some revenge against the Blackhawks. GO CANUCKS GO! 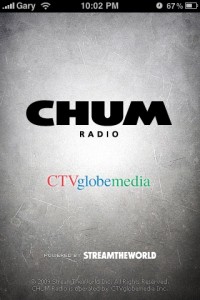 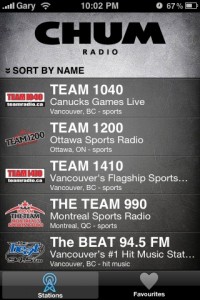 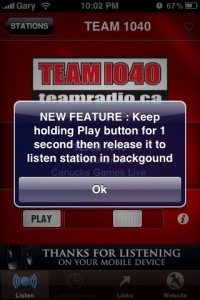 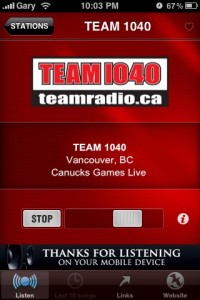 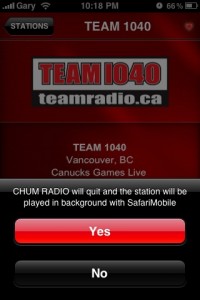 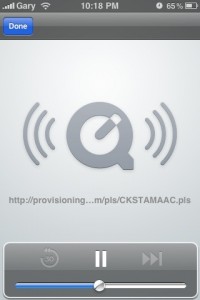 Who do you think will win the Cup this year? Make your predictions below!