The quality and simplicity of the iPhone 4 camera makes photography easy and fun, especially with killer apps like Instagram. The company has just announced a massive 2.0 update to the app, and it brings a plethora of new awesome features. 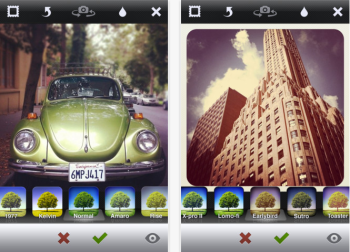 Instagram filters have been re-written to be 200 times faster, and a new user interface makes choose live filters a breeze. The four new filters are Amaro, Rise, Hudson, and Valencia, and are a result of a collaboration involving @colerise.

Live tilt-shift is now 100 times faster than before, and images are now 10 times larger when saved with a resolution increase to 1936×1936 on the iPhone 4 and 1536×1536 on the iPhone3GS. Borders are now optional, plus one-click rotation for photos. Oh, and don’t forget the new sleek updated Instagram icon.

This is a fantastic update! Let me know how you like it!