Even though iOS 4 was released over about a month ago, there are still various apps that have not been updated to take full advantage of multitasking. As time passes more and more apps have been updated to iOS 4. Here are some notables that have made the plunge.

The amazing team at 1Password has done it again. Their latest major update includes new features and bug fixes. One of the biggest changes was the addition of Dropbox support for syncing your password database! No longer will you have to rely on the old fashioned WiFi sync. I managed to snag 1Password Pro when they had it on a free promo upgrade in the App Store. This is one of must-have iPhone apps and goes amazingly well with 1Password 3 for the Mac.

Here are the new changes: 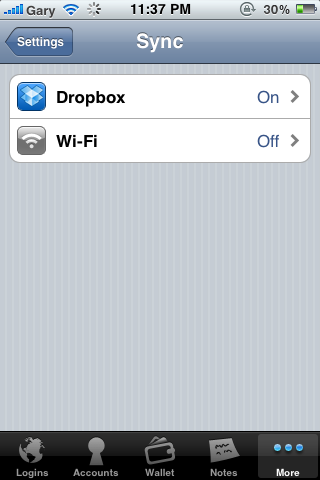 Be sure to update 1Password on your Mac to 3.3 before proceeding to sync. I forgot to do this and ran into issues. Of course, their twitter support responded in seconds. Keep up the awesome work guys! Here’s some help if you’re running into Master Password issues:

If you know that you mistyped it the first time, or you get multiple messages that your master password is incorrect, but you know it is correct, please follow this process:

That should take care of it for you. We are in the process of resubmitting an update to Apple to fix this. We’re sorry for the inconvenience.

This was actually released with the iOS 4 update on July 6–but the developer has yet again released another update only two weeks later! SimplyTweet 3 is by far the most powerful and intuitive iPhone twitter app available. Hwee-Boon responds instantly to emails and requests on twitter. Another one of my favourite apps. Click here for the massive bug fix and update list.

What apps are you waiting for to be updated to iOS 4? I’d like to see Words with Friends!