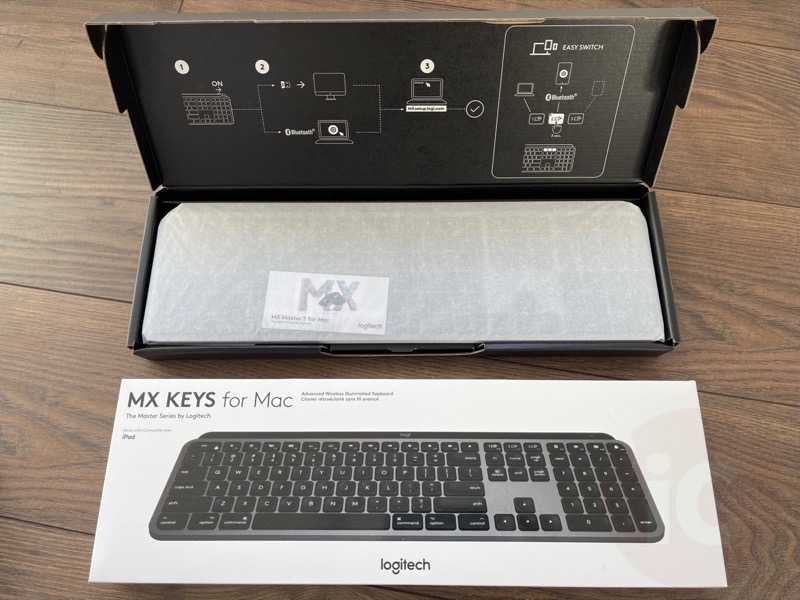 With Apple customers owning numerous devices nowadays such as iPhone, iPad and Mac, it only would make sense to have a keyboard you can easily pair and use with each device when you’re on the move.

This is when Logitech’s MX Keys for Mac wireless keyboard comes into play, which we recently had the opportunity to spend some time with. The keyboard is part of the Master Series by Logitech.

The MX Keys wireless keyboard was made to allow you to quickly change from a connection to your Mac to your iPad. The keyboard is well made, feels sturdy, has backlit keys that adjust to light conditions, plus its function row is made for Mac users.

In the box, you’ll get the minimalist-looking Bluetooth keyboard plus a USB-A receiver as well if you wish to connect that way instead. Also included is a USB-C to USB-C cable for charging the keyboard. 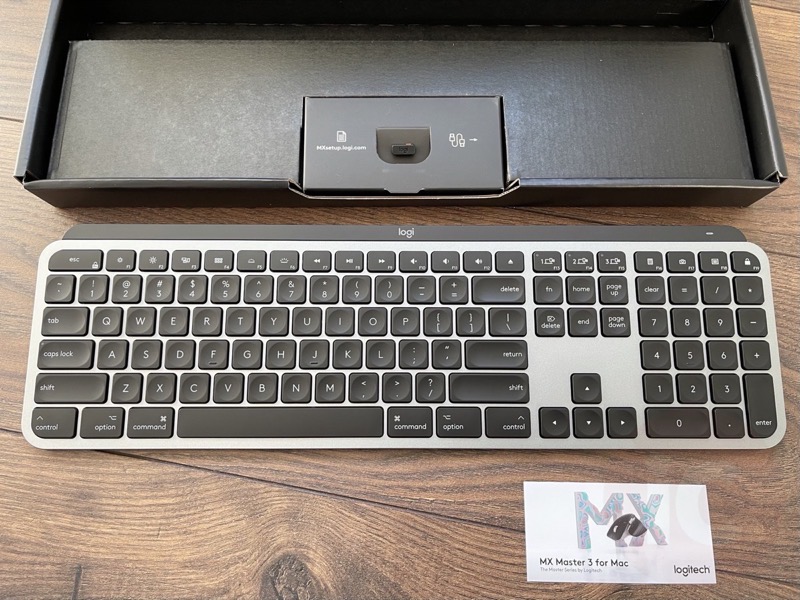 The keys on the Logitech MX Keys keyboard have a spherical dish, which makes it feel really good to type on. Key travel depth is better than Apple’s aging Magic Keyboard ($119 CAD), while we were still able to type quickly, accurately and comfortably.

The rounded keys also have a matte coating which makes it really easy for your fingers to travel from one key to the next. Typos don’t happen that often because there’s just the right about of resistance to prevent accidental keystrokes.

The transition from our trusty (and clicky) Das Keyboard to the Logitech MX Keys felt pretty natural. 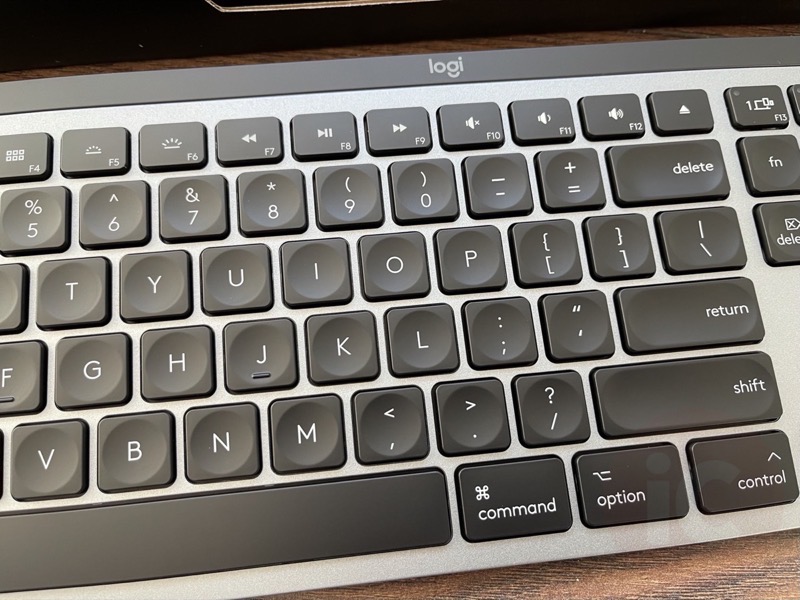 The wireless keyboard has an on/off switch, plus is rechargeable via USB-C. Battery life is pegged at 10 days on a full charge, or up to 5 months if you have the backlighting disabled. We charged the keyboard up briefly and we’ve used it for two weeks straight without needing a charge. Backlight usage was at about three hours per day. 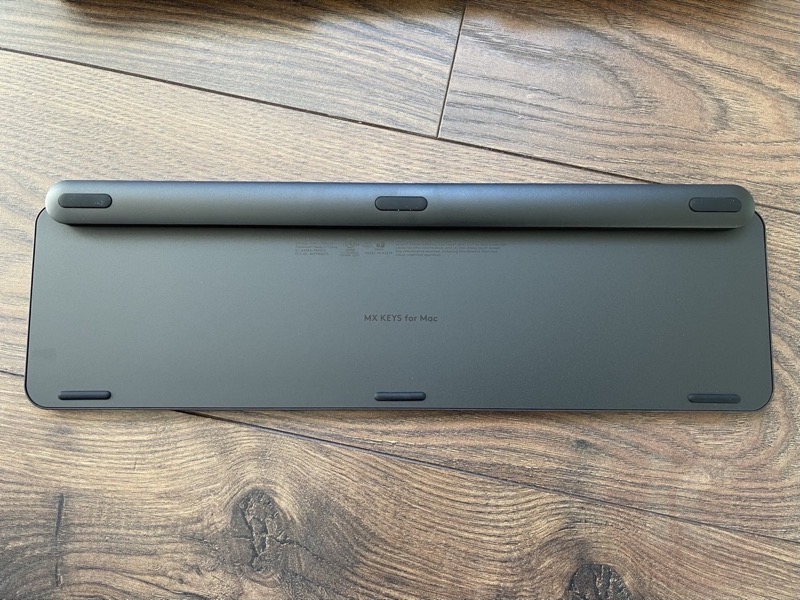 The on/off switch is located in the upper right corner of the keyboard which has a space grey finish to match your Mac or iPad’s colour scheme. 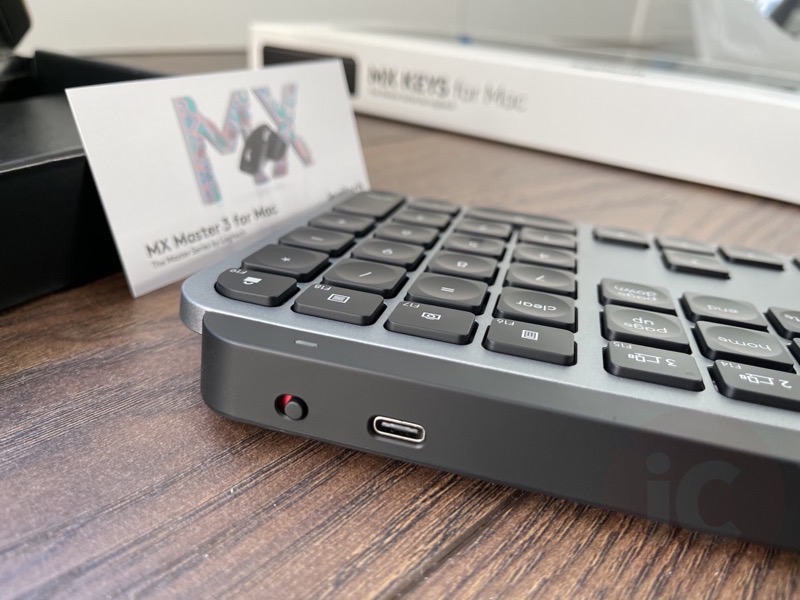 What’s really cool about the Logitech MX Keys wireless keyboard is the backlighting setup. There are proximity sensors built-in that can detect your hands, thus only turning on when you’re typing. The moment you move your hands away, the backlighting turns off. In our tests, the backlight can turn off in about 4 seconds.

The backlighting intensity also varies based on the available lighting in your room, adjusting automatically thanks to ambient light sensors. You can also manually set the intensity right on the keyboard’s function row: 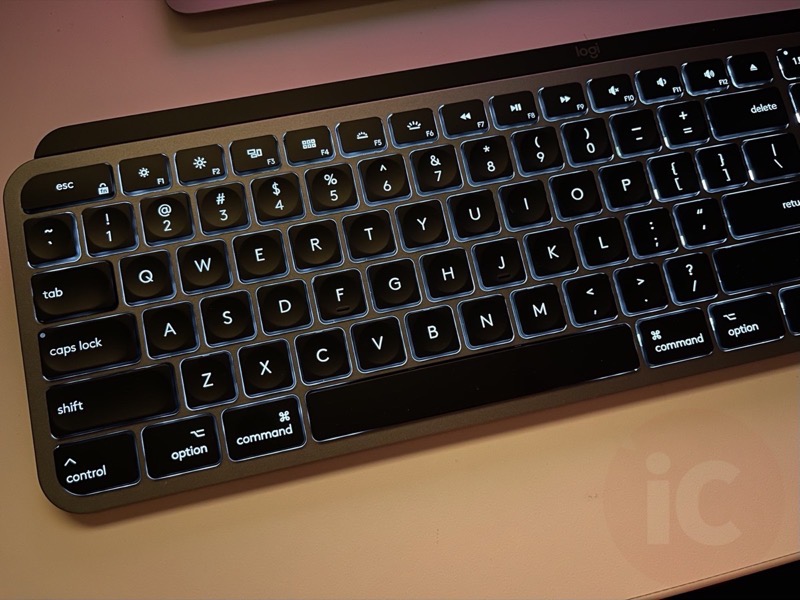 What’s really easy and seamless is connecting the MX Keys to your iPad or iPhone. You can connect the keyboard with up to three devices and you can easily switch by pressing three key presets along the upper row.

Need to switch your MX Keys connection to your iPad? Just tap the preset you’ve assigned (after pairing via Bluetooth settings first) and the keyboard instantly switches, without any other settings to configure.

Need to switch back to your Mac? Tap the preset you’ve assigned and you’ll instantly reconnect. It’s really simple and seamless, and will make any Mac and iPad owner very happy to have one keyboard that can do it all.

I like typing with a palm rest but sadly one is not included with Logitech’s MX Keys, despite the $129 CAD price tag. The official MX Palm Rest costs $29.99 CAD and is very thin and minimalist as well, to match the keyboard.

The thin profile may not seem like it will do much, but it makes a world of a difference for your typing comfort: 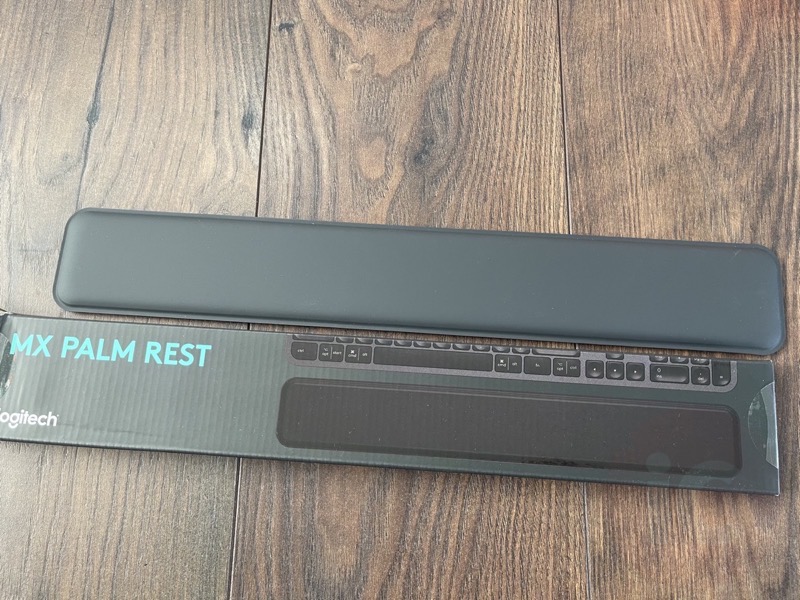 The MX Palm Rest is about 1cm thick: 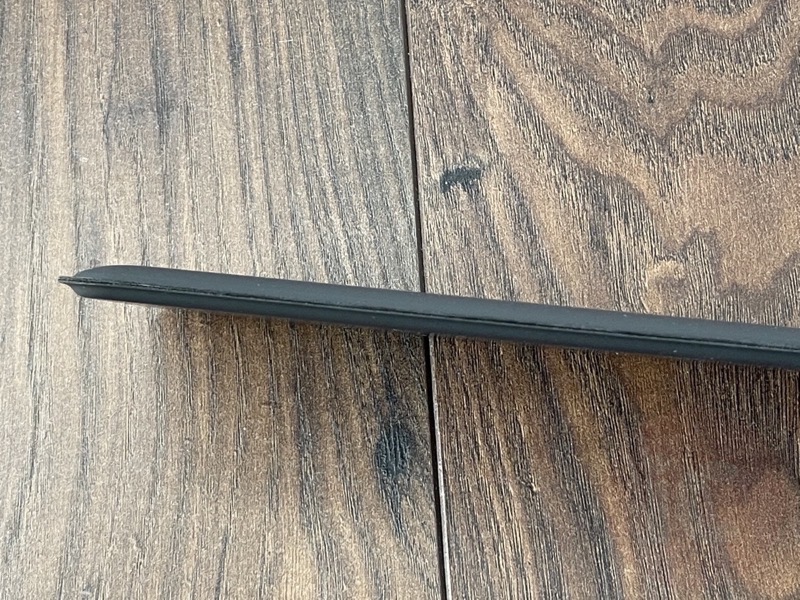 The length of the MX Palm Rest perfectly matches your MX Keys at 430.2mm. It’s not bulky and completes your typing setup: 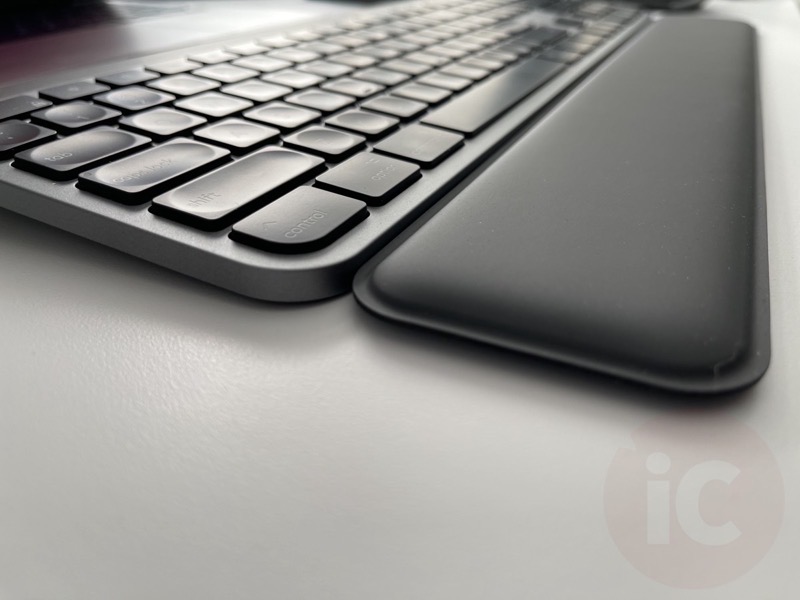 The MX Keys keyboard has one typing angle, so it does take some adjustment if you’re coming from a fully customizable keyboard. But overall, if you’re looking for a minimalist-looking keyboard that can easily switch between your Apple devices, this is an excellent choice.

You may be fine without a palm rest while typing on the MX Keys, but if you’re a keyboard warrior, it’s too bad there isn’t one included with the $129.99 CAD price tag. If you’ve been looking for a backlit wireless keyboard that’s geared for Mac users, this should be one of your top picks. Also, if you pair this keyboard with Logitech’s MX Master 3 wireless mouse, it’s the perfect combo (review coming soon).

The MX Keys wireless keyboard is so popular right now (probably with everybody working from home and seeking home office upgrades), it’s sold out on Amazon.ca and on Logitech’s website, but stock should be back soon.