Mint.com iPhone App Updated to Add Transactions on the Go

Mint.com is a popular online service that aggregates all your financial accounts into one convenient place to view. All logins are routed through your bank or credit card institution’s official logins, so everything is very secure during setup. The service was finally offered to Canada in December of last year, and now the popular iPhone app has received its most significant update.

What’s New In Version 1.12.125
– Add transactions from your iPhone, so you can track expenses and income on the go.
– Uses Google Places to help you find the merchant when adding a transaction.
– View your available or current balance, along with pending transactions, for each account.
– Fixed a bug that prevented some users from searching for categories. 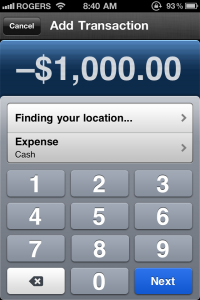 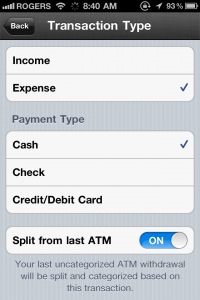 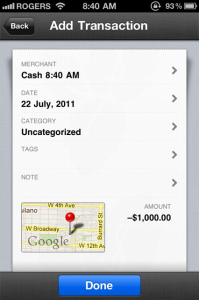 This is a decent update as previously the app was only good for viewing balances and budgets, but now the added interactivity will enhance the way you track expenses on the go, along with Google Places to assist in adding merchants of where you’re making purchases. Mint.com is one of the best finance apps out there, and I highly recommend giving it a shot. Are you using Mint.com?