The popular pizza ordering app from Pizza Pizza has reached a milestone–over 111,111 orders placed since the launch of their iPhone app six months ago.

In that short period of time, the app has received the following accolades:

“The launch has exceeded our expectations and it’s clear that our customers love the added convenience we’ve delivered,” said Pat Finelli, Chief Marketing Officer for Pizza Pizza. “Embracing new technologies has been invaluable to us in our industry. We’ve had the opportunity to be first in a lot of things, and we’re delighted to have added this mobile app to the list.” 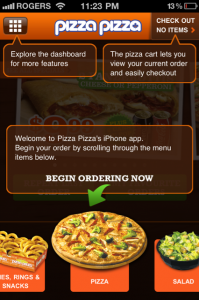 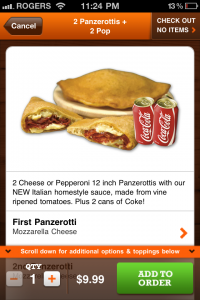 The app was created by Plastic Mobile, and continues to make it easy to order pizza easily from your iPhone. Who’s using the Pizza Pizza iPhone app? Are you part of those 111,111 orders?