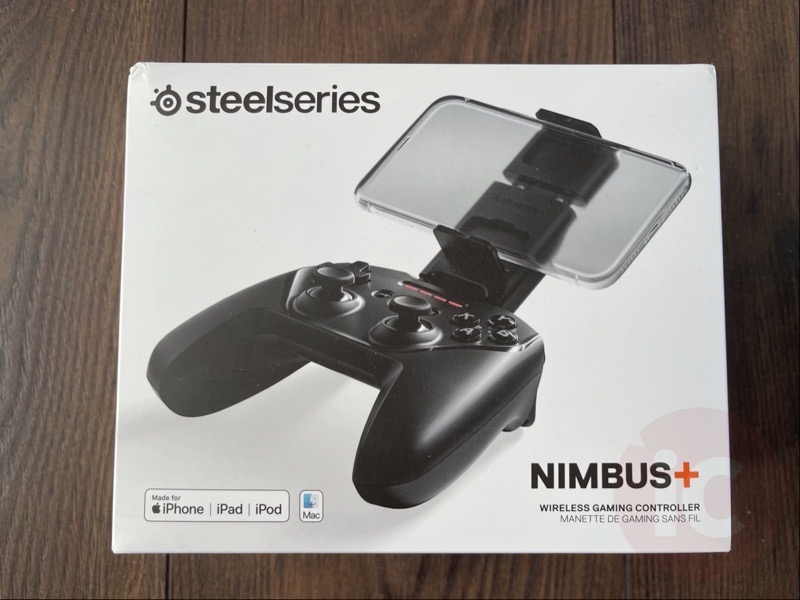 With gaming, if you’re going to be playing for longer periods of time, using a dedicated controller is the way to go. We had the chance to go hands-on with the Steelseries Nimbus+ wireless gaming controller, which is an official Apple-licensed product so you know it will be compatible with all your devices.

The Nimbus+ is the second-generation gaming controller from Denmark-based Steelseries, debuting last spring. The Nimbus+ replaces its predecessor, the popular Nimbus.

Inside the box you’ll get the Steelseries controller and its iPhone mount, plus a quick start guide. 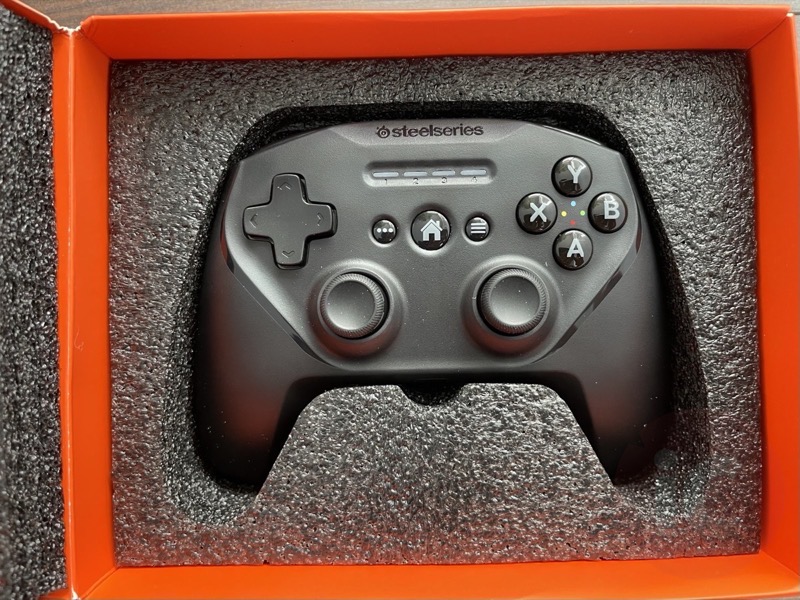 The iPhone mount can expand and can easily fit any size iPhone, right above the controller, allowing you to game easily on the go. While we found the mount will securely attach your iPhone, the prongs that attach to the controller are finicky, and takes some time to make sure it stays connected securely. 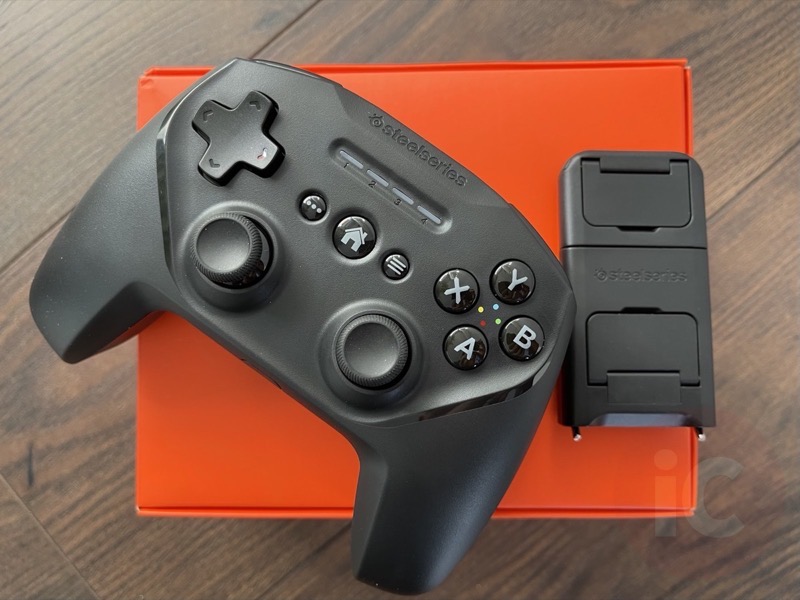 Here’s the bottom of the Nimbus+ wireless controller: 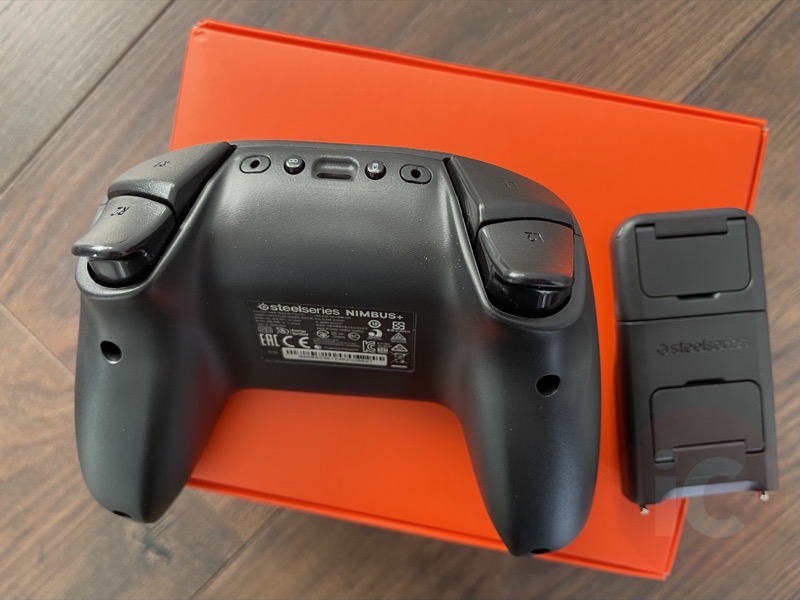 A closer look at the prongs from the iPhone mount and how it attaches to the controller. It’s not the most elegant solution for a $100 controller, but it does work: 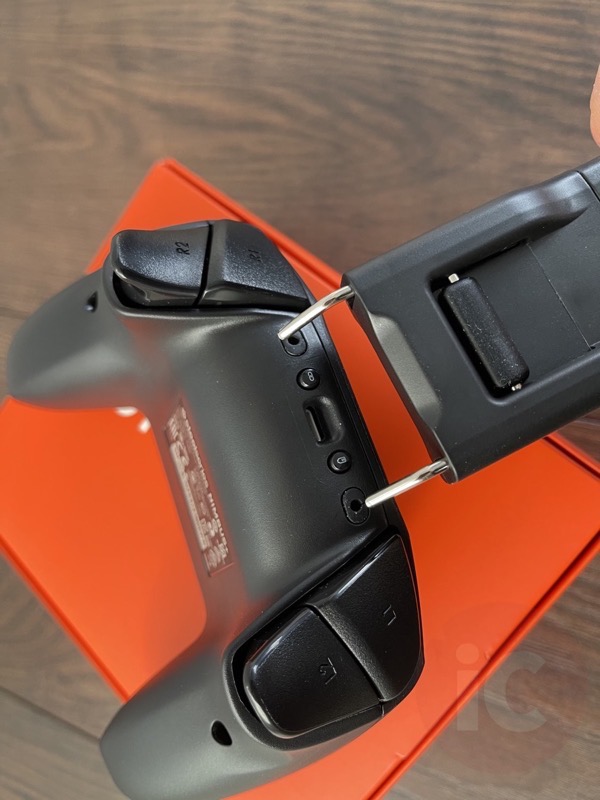 This is the mount where your iPhone sits: 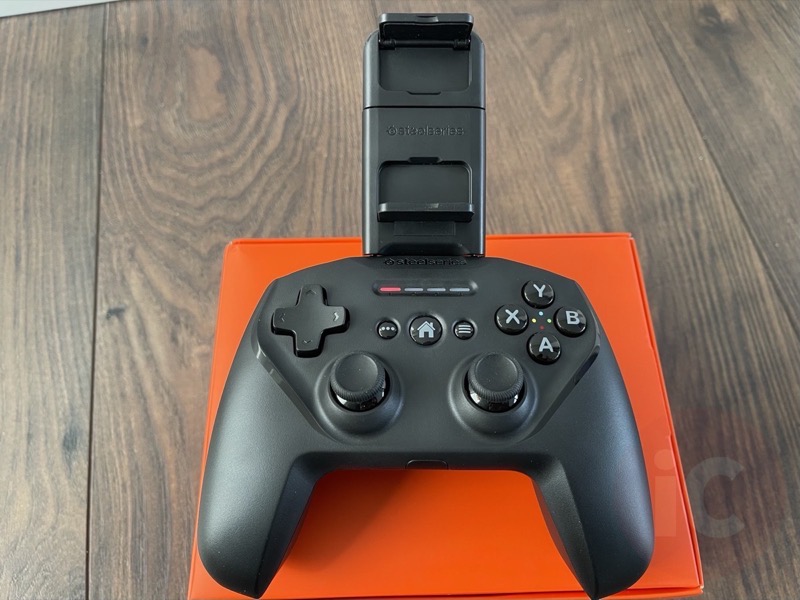 For starters, the Nimbus+ was really easy to setup. You just turn it on by pressing and holding the Home button. Next, pair it by holding the wireless pairing button and selecting it within Bluetooth settings on your iOS device or Apple TV 4/4K for example. 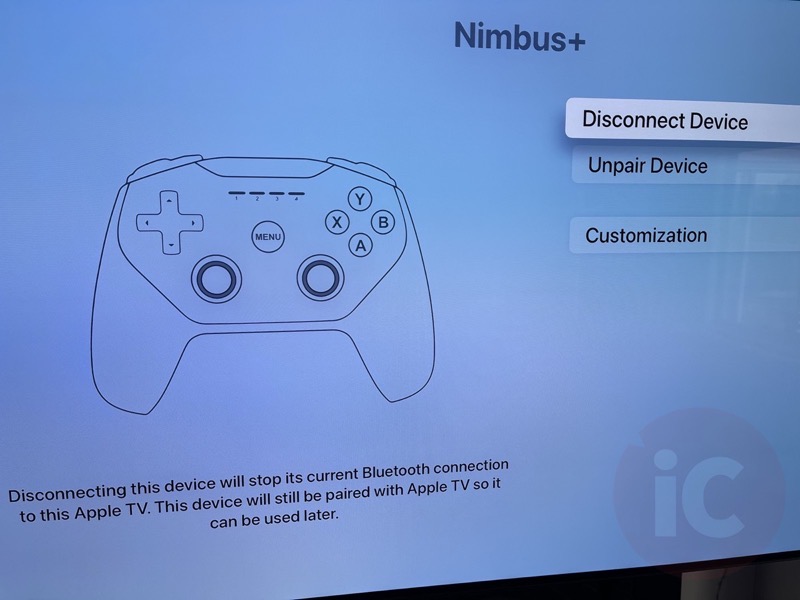 Once connected to our Apple TV 4K, the Nimbus+ allows you to turn on the latter and your television, without the need to grab your Apple TV remote.

The Nimbus+ has tactile D-pad buttons, plus it has new Hall Effect magnetic triggers and the L3/R3 joysticks are clickable buttons. The controller is very versatile to handle all the games within Apple Arcade and others within the App Store.

While playing games within Apple Arcade, you’ll see on-screen overlays as to which buttons you need to press on the controller, which makes it handy and helpful. It’s such a better experience playing games with a controller and the Nimbus+ feels great to hold and has a good weight to it.

Some fun games to play within Apple Arcade are Spire Blast and Agent Intercept, along with Sneaky Sasquatch (seen above). We don’t have time to game often but when we do, it’s nice to have a controller to do so.

The Nimbus+ says it offers 50 hours of gaming on one charge with its built-in battery. The device charges via the Lightning port via the top of the controller. The device itself also indicates battery life as it has four red LEDs on the front of the controller. Just press the battery level button to find out at any time, which makes it easy to keep track of. We haven’t hard to recharge the controller yet with casual gaming over the past couple of weeks.

The Steelseries Nimbus+ is really a no-brainer if you don’t have a compatible Xbox or PlayStation wireless controller at home to connect for your gaming needs. Thanks to its Made for iPhone (MFi) certification, you can rest assured it will be compatible with games within Apple Arcade and others in the App Store.

If you need a turn-key gaming solution for the kids to play Apple Arcade, the Nimbus+ makes it easy with its simple setup. We haven’t experienced any signal drops or problems so far in our short time with the controller. The only weak part of the device is the iPhone mount, but it’s not a dealbreaker if you take the time to jab it in securely.

With Apple Arcade still in its infancy and the latter bundled with select Apple One subscriptions, having a wireless gaming controller is the best way to take advantage of Apple’s gaming subscription, instead of struggling with touch controls.

The Nimbus+ sells for $99.95 CAD from Apple.ca, but it’s available much cheaper on Amazon.ca for $81.99 CAD. It will work on the following devices: