You might remember the app TimmyMe, the Tim Hortons location finder introduced back in Fall of 2008. That app has bit the dust and Tim Hortons has quietly launched its official TimmyMe app (using the same name, causing confusion), but it’s a separate download.

Launched just over a week ago, the official Tim Hortons TimmyMe app has a cool feature to check your Tim Card balance, along with the traditional store locator, menu item nutritional info, and a handy notepad for tracking orders when it’s your turn to make a Timmies run. Checking balances are great, but being able to pay with your iPhone like the Starbucks app would be even better. 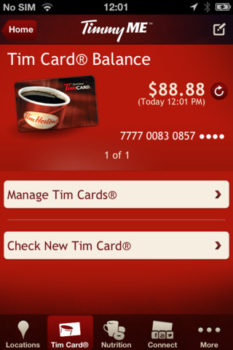 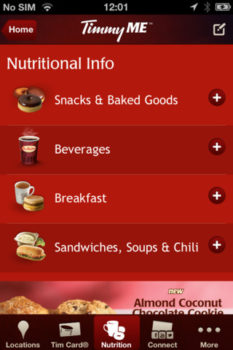