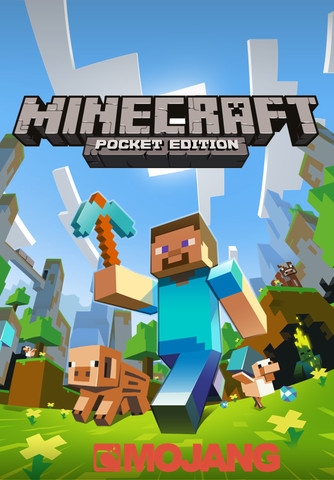 Minecraft Pocket Edition received another major update Monday. I’ve been holding off including the game in the Time Waster of the Month for a while now until this update was released.

The big changes in v.0.3.2 are you can now build a furnace and tree leaves will sometimes yield saplings as long as you break them using shears.

The addition of the furnace opens a world of new possibilities when in comes to gameplay. You can now turn all that iron ore you’ve harvested into iron ingots. In turn, you can turn them into iron weapons and tools. This is important because the iron pickaxe is needed to mine the diamond found underground.

This also means when you start a new survival game, you’ll no longer have unlimited shears, glass blocks or brick blocks. They can all be crafted now.

The other big change that isn’t getting a ton of press is the saplings. If you’ve played Minecraft Pocket Edition you know how small the maps are compared to the PC version. It’s pretty easy to find the end of the world — and if you play a lot, you could cut down all the tress. That would leave you without the ability to harvest wood.

So with the saplings, you can now grow your own trees.

Here’s my video review of the latest update to Minecraft Pocket Edition showing the furnace in action. I also go into the gameplay mechanics for those that may not have played the mobile version yet.

Sadly there are still some glaring omissions from the mobile version. You still can’t build any chests, there are no creepers (although some may see that as a bonus),  there’s no beds and no armour. But it’s safe to assume the developers are working on these additions.

With the addition of the furnace I really feel Minecraft Pocket Edition is worth the $6.99 price tag. I enjoyed it before, but got frustrated because one of the goals is to find diamond – and well, until Monday it just sat there teasing you.

A note of caution. I was one of those people that didn’t understand the hype of Minecraft. Then I tried it, and now I’m hooked. I even bought the PC version and am contemplating doing some gameplay videos. If you’d be interested in some gameplay videos let me know.

I think once you try Minecraft Pocket Edition, you too will be hooked and unable to put it down.