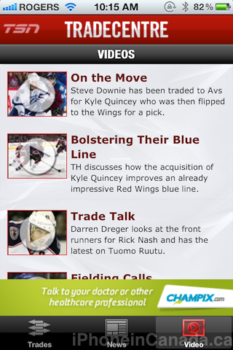 It’s that time of the year again, folks. The NHL trade deadline is next Monday, February 27th, and TSN is once again offering the best coverage via their 10-hour flagship production, TRADECENTRE ’12, set to begin at 8AM EST.

This is a reminder for iPhone and iPad users to download the updated TSN TradeCentre app to watch live TV coverage of the event on the go, plus have those push notifications setup. The app has been quite popular as last year it reached the #1 free sports app spot for both the iPad and iPhone by deadline day. Another great way to get inside info is to ensure you’re following Bob Mackenzie on twitter.

The app itself is nice and cleanly designed with only three tabs along the bottom for trades, news, and video (new for the iPhone in this update). 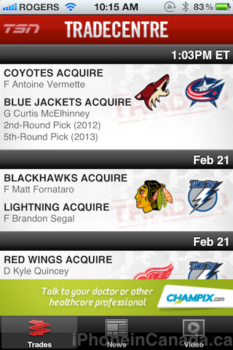 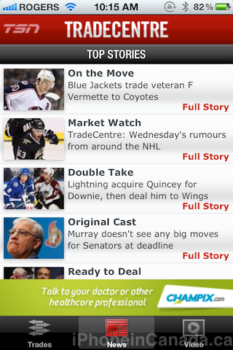 Click here to download TSN TradeCentre. Who do you think is going to get traded on deadline day?