In order to battle Apple’s highly successful chain of retail stores worldwide, Samsung has decided to partner with Best Buy and open 1,400 Samsung Experience shops within the retailer’s existing stores, AllThingsD is reporting. According to Ketrina Dunagan, the Samsung VP of retail, the Korean company has made this decision because 70% of consumers live within 10 miles of a Best Buy store. 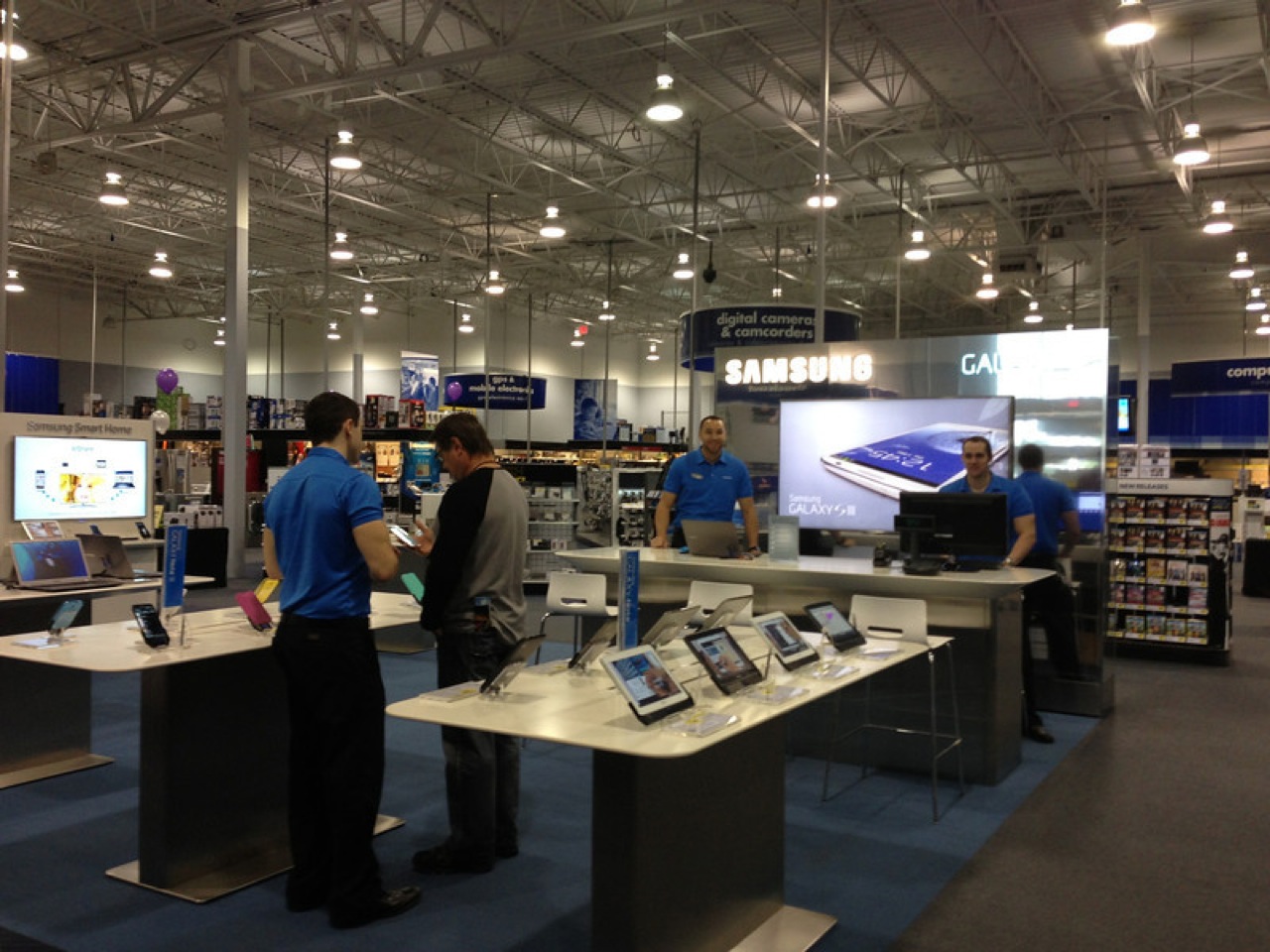 Dunagan added that Samsung initially considered opening its own stores, but eventually decided that partnering with Best Buy was a better option than opening 10 stores of its own during the year. While Apple also has a store-within-a-store concept in Best Buy, it is not as extensive as the new Samsung shops. The report says that around 900 of the Samsung stores will open by May, with many starting this month and the entire rollout expected by the end of June.

Samsung and Best Buy have quietly been testing the concept for the last few weeks at six stores in three metropolitan areas — Dallas, Chicago and Minneapolis, Minn.

The stores feature two to four tables of Samsung tablets, phones, cameras and laptops, along with a help desk and a wall of accessories. The stores-within-a-store will have Best Buy personnel as well as Samsung-hired “experience consultants” trained on the company’s range of products.

“Our goal is not we remain expert and you remain subservient to us,” she said. “We want [customers to feel] empowered, valued and delighted such that you become the expert, not us.”

Unlike an Apple retail store, Samsung’s range of services will initially be limited to software upgrades and resolving minor hardware issues, but won’t be able to handle out-of-warranty hardware repairs.