Elon Musk, the CEO of Tesla, and the founder, CEO, and chief designer of SpaceX, has become the world’s richest person, surpassing Amazon’s Jeff Bezos to take the title this morning, Tesla North is reporting.

BREAKING: Elon Musk has surpassed Jeff Bezos ($184B) and has now become the richest person on Earth with a net worth of $185.4B.

Yesterday, Musk’s net worth of $181 billion was only three billion behind Bezos. But when Tesla’s stock surged 4.7% to hit an all-time high of $794.01 per share today, Musk officially surpassed the Amazon CEO. 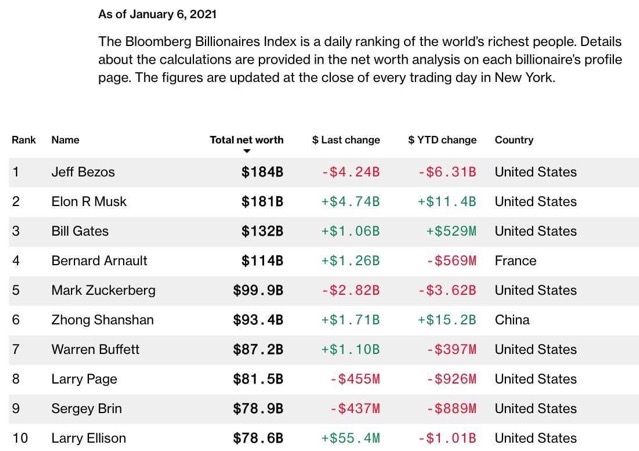 The Bloomberg Billionaires Index will also be updated at the end of today to indicate Musk as the richest person on Earth, should Tesla maintain its current rally.

In the meantime, check out the interesting reaction to the news from the CEO of Tesla and SpaceX: