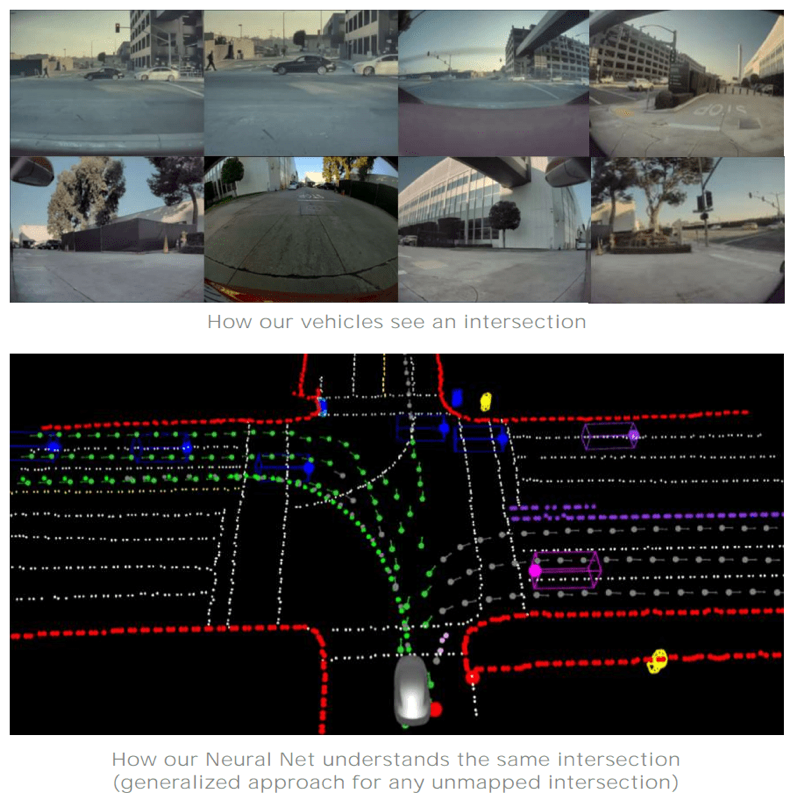 Tesla this afternoon announced its third quarter earnings, posting $8.7 billion in revenue and $331 million in net profit, resulting in five consecutive quarters of profit for the company, a new record.

Just tonight, Tesla also released its Autopilot Full Self-Driving (Beta) software to select owners, part of a cautious roll out, according to CEO Elon Musk. The Full Self-Driving (FSD) beta is Tesla’s latest re-write of its Autopilot Neural Network and control algorithms, to allow for a vehicle to drive by itself with nearly zero driver interventions.

Now, according to Tesla North, the first owners to get the Full Self-Driving beta software update, version 2020.40.8.10, have started sharing videos of the feature in action.

The release notes for this FSD (Beta) explains, “Full Self-Driving is in early limited access Beta and must be used with additional caution. It may do the wrong thing at the worst time, so you must always keep your hands on the wheel and pay extra attention to the road. Do not become complacent.”

The release notes further add, “When Full Self-Driving is enabled your vehicle will make lane changes off highway, select forks to follow your navigation route, navigate around other vehicles and objects, and make left and right turns. Use Full Self-Driving in limited Beta only if you will pay constant attention to the road, and be prepared to act immediately, especially around blind corners, crossing intersections and in narrow driving situations.”

With this being said, check out some of the impressive first videos shared on Twitter below by @teslaownersSV and @Brandonee916 in the United States:

It’s real… this is part of the development UI and is BETA. pic.twitter.com/SmhCrftJcc

Here’s how FSD handles a roundabout:

Overly cautious at a roundabout… I didn’t have to interact until the end of the process. Not bad for the first attempt! Go FSD BETA! pic.twitter.com/3gPkztUWgY

Check out FSD stopping at a left turn, then taking it completely all on its own:

Wow here is a left turn and it safely went through the light. This is bettaaaaa people and it’s amazing. @elonmusk you savage, you have created a life hack and you have accomplished fsd. @tesla_raj pic.twitter.com/L8dPC6PhpU

I’m only being utterly cautious and fsd beta is seriously so mind blowing. I’m done guys, @elonmusk and @tesla have done it fam. pic.twitter.com/9fkNupjGNF

Tesla says it will be releasing FSD as a wide release by the end of this year, but Musk cautioned the expansion would be “dependent on proving high safety.”

Update: Elon Musk says the price of Full Self-Driving is increasing in price by $2,000 USD on Monday, October 26. Expect FSD–currently at $10,600 CAD to cost even more in Canada once you factor in the exchange rate.