As noted by the folks over at Tesla North, Tesla has issued a service bulletin this week titled, “Replace Refrigerant Pressure/Temperature Sensors,” which applies to the replacement of faulty heat pumps in 2020-2021 Model 3 and Model Y worldwide. 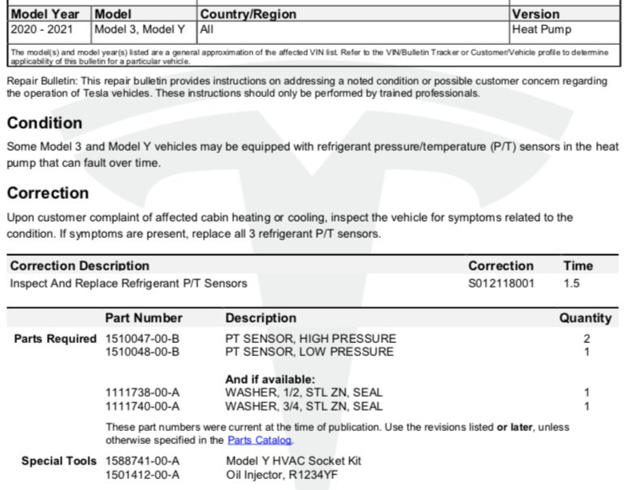 The move was first spotted by Tesla software hacker @greentheonly, who shared on Twitter about the company changing its status for 2020 and 2021 Model 3s and Ys with refrigerant pressure and temperature sensors from “only fix when a customer complains,” to a full, wide recall of the parts.

“Certain Model 3 and Model Y vehicles may be equipped with refrigerant pressure/temperature (P/T) sensors in the heat pump that can fault over time,” reads the bulletin. The fix is to “replace all 3 refrigerant P/T sensors”, says Tesla. 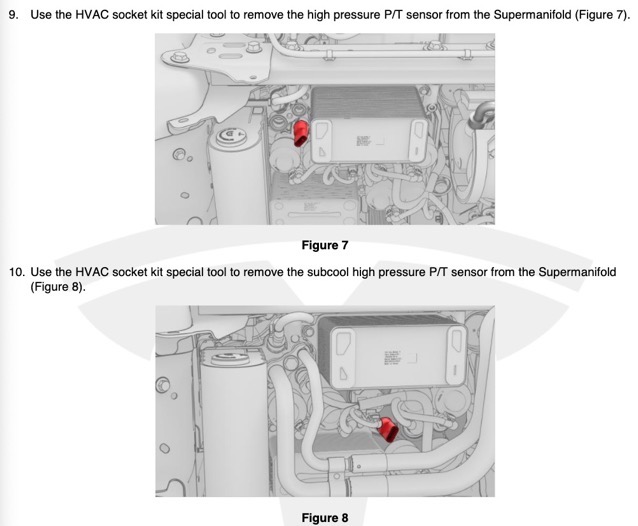 While the company has yet to announce a specific fix date, Green recommends making an appointment with your Tesla service center now, or asking your service technician directly about any air conditioning concerns during any appointments you may already have.

The detail applies specifically to Model Ys and 3s with heat pumps, and with manufacture dates of either 2020 or 2021.