Earlier this week, Piper Jaffray analyst Alexander Potter raised his price target on Tesla’s stock to $423 and now, Morgan Stanley’s Adam Jonas has increased his price target for the electric car maker’s stock to $500 a share while crediting the raise to the newly unveiled Cybertruck and a more optimistic scenario in China (via Yahoo!). 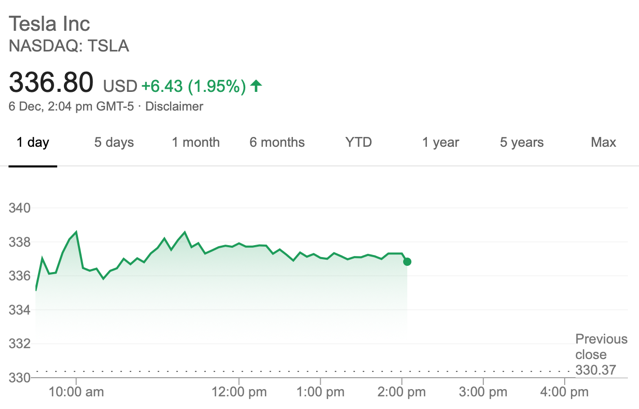 Jonas said he sees Tesla selling 100,000 Cybertrucks by the end of 2024, at an average price of $50,000 “in an optimistic scenario.” He also expects Tesla’s Gigafactory in China to perform better than anticipated and reach a production rate of 450,000 units per year by 2025.

While Morgan Stanley’s new bull case represents a 50% increase from Tesla’s current stock price, its base case price target of $250 a share has not improved.

“To be clear, we are not bullish on Tesla longer term, especially as, over time, we believe Tesla could be perceived by the market more and more like a traditional auto (manufacturer),” Jonas wrote in a note to clients. “We are prepared for a potential surge in sentiment through the second half of 2020 but question the sustainability.”

Jonas also noted that his base case represents the view that Tesla is not a high-flying Silicon Valley tech stock anymore.