Tesla CEO Elon Musk unveiled the ‘Tesla Bot’ humanoid robot today during Tesla 2021 AI Day, which will make its debut in prototype form in 2022 (via Tesla North). According to Musk, the Tesla Bot is “friendly”, and “eliminates dangerous, repetitive, boring tasks.” 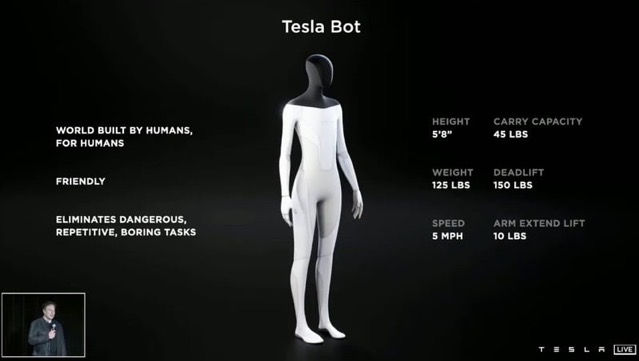 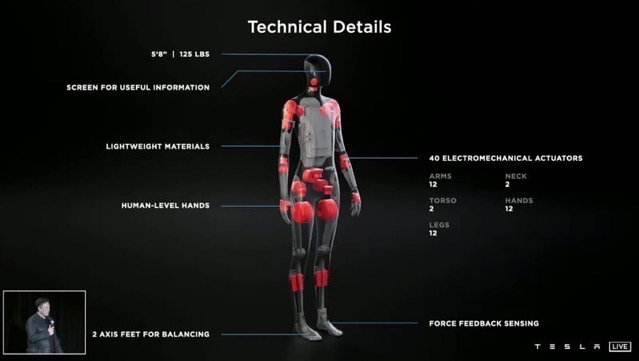 The Tesla Bot will let customers tell it to, “Please go to the store and get me the following groceries,” Musk added while saying, “I think we can do that”.

Musk said he believes this new humanoid robot is “quite profound because what is the economy? At the foundation it’s labour. What happens when there’s no shortage of labour. In the future, there will need to be universal basic income.”

“In the future, physical work will be a choice,” added Musk.

The robot is codenamed ‘Optimus’ and while a prototype is expected in 2022, it’s not yet known if and when Tesla Bots will be available to order.