A drone video footage shot in 4K by YouTuber Chile Al100 shows a new version of Tesla’s Cybertruck being driven on the electric car maker’s Fremont test track in California (via Tesla North). 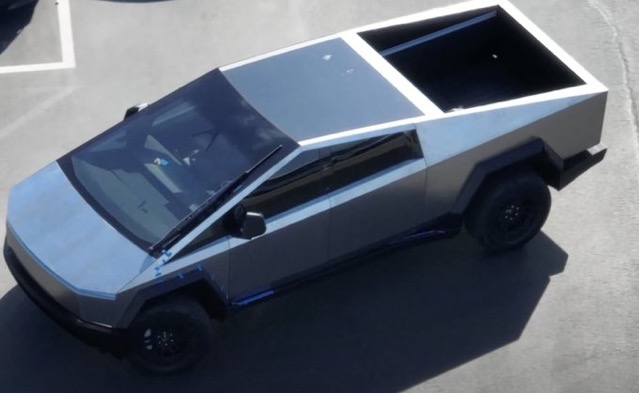 You can see a Cybertruck with new rear bumper design in the video, with a black bed-liner instead of steel, side mirrors, longer front windshield, and also a revised rear tail light. The new Tesla Cybertruck also features a big windshield wiper from the driver’s side.

In an interesting response to a tweet, however, CEO Elon Musk has called it “CGI [in real life].”