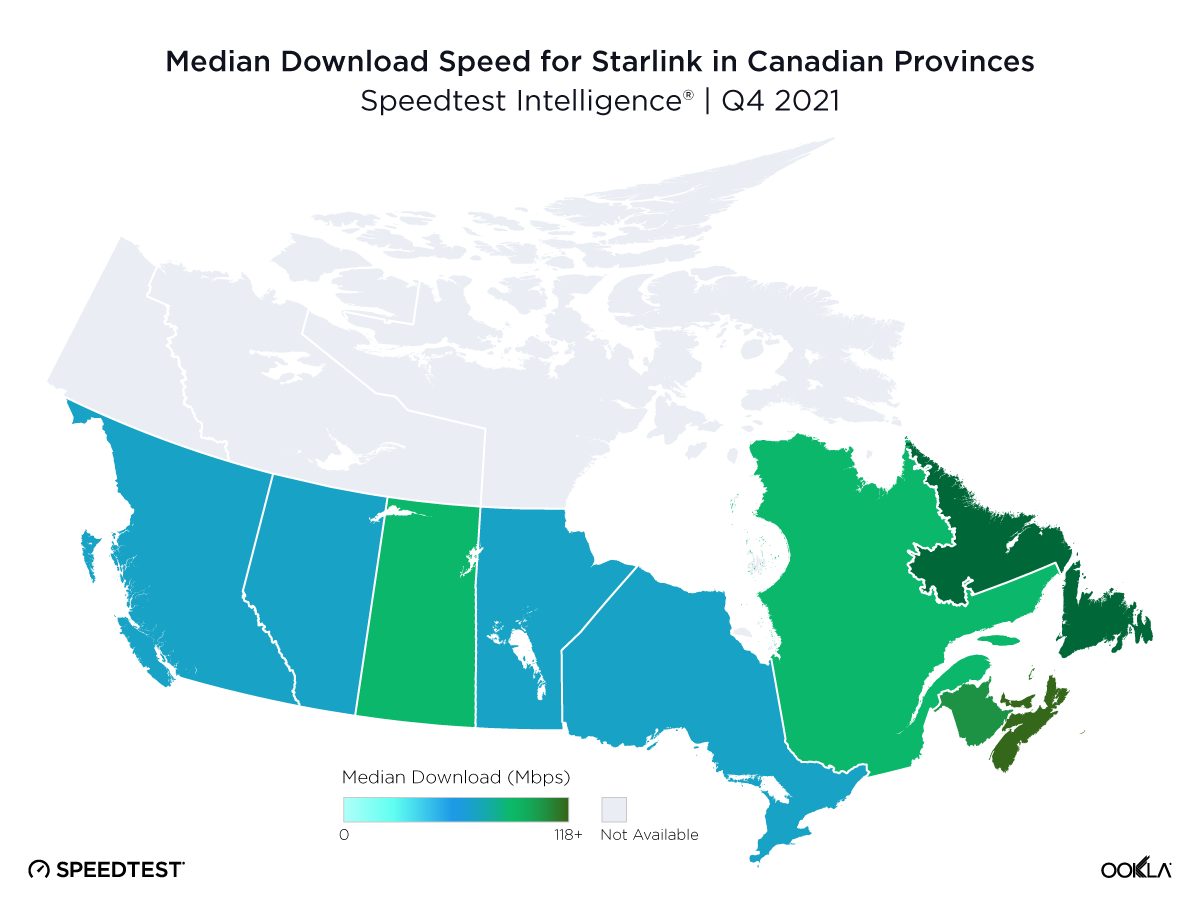 We examined satellite internet performance in countries with an established market share to see how well their speeds compare to local fixed broadband.

Starlink should be considered a viable option compared to fixed broadband in Canada, especially for rural consumers or those without access to fast fixed broadband options like fiber.

In the U.S., Starlink’s median download speed increased from 87.25 Mbps during Q3 2021 to 104.97 Mbps in Q4 2021, an important benchmark that inches Starlink closer to reaching the Rural Digital Opportunity Fund’s (RDOF) baseline of download speeds greater than 100 Mbps.

Rural Canadians have been enjoying Starlink internet, which is accessible with an accompanying dish and wireless router. The Starlink dish just needs a clear view of the sky and wall outlet power to operate.

SpaceX has been donating Starlink dishes to Ukraine, to allow the country to remain connected to the internet independently, amid Russia’s invasion of the nation. Just yesterday, a third batch of Starlink terminals arrived in Ukraine by the way of Poland, reports Tesla North.