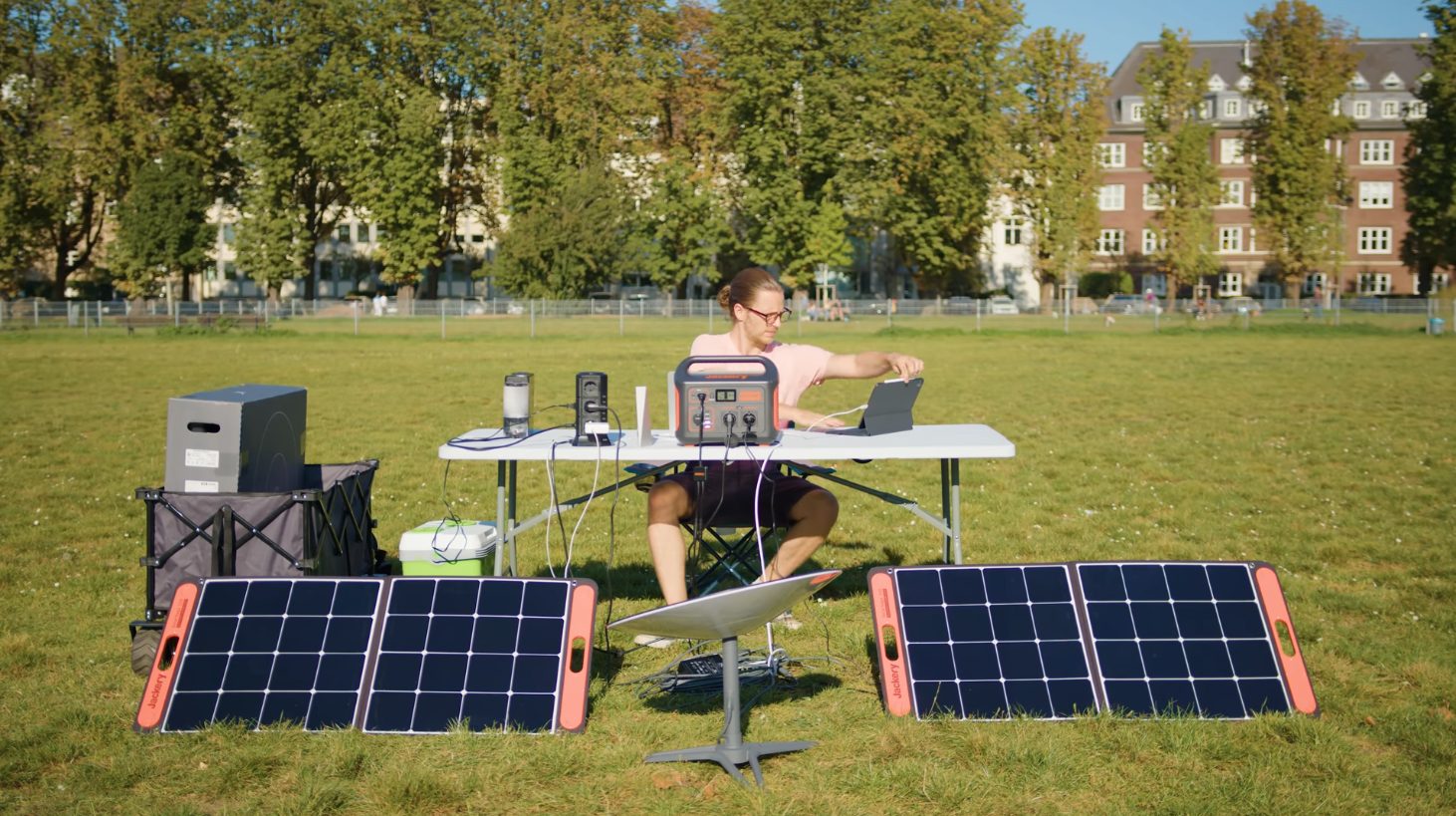 SpaceX developed Starlink to deliver fast, cheap internet across the globe — from the highest altitudes to the remotest locations, but YouTuber MegaLag came up with a pretty different use case for the service: setting up an office at a local public park (via Tesla North).

Work from home? More like work from your nearest public park.

On Wednesday, MegaLag published a video where the host set up an office to work from the park, and used Starlink internet to go about their work. The entire setup was powered by a remote power station and two solar panels from Jackery.

You may recall MegaLag’s previous experiments with Apple’s AirTags, such as sending one to Tim Cook–and even getting it sent back.

The host tried a number of different work activities and shared results, and later offered parkgoers access to the Starlink Wi-Fi.

Among other tests, the host tried a Zoom call with several participants to test out the Starlink connection. The results were pretty impressive, and more than usable for work. The call included one other user who was on a Starlink internet connection from their own residence.

MegaLag’s Jonathon Laing told Tesla North that the video was shot at Rheinpark in Düsseldorf, Germany. Laing, an existing Starlink subscriber, said he was still able to use the satellite dish about 1 kilometre (0.62 miles) from the address he has registered address with the service.

There’s a caveat to Starlink — subscribers are technically only supposed to get an internet connection in and around the address they register with the service, and moving too far away from their registered location leaves their Starlink equipment unable to get a signal.

Some Starlink users have been able to get reliable service anywhere from 20 to 50 kilometres (12 to 31 miles) away from their registered addresses, though, noted Laing.

Check out MegaLag’s full video on using Starlink internet to work from the park above —it’s a fun watch for sure.

Canada makes an excellent candidate for the service, since it not only neighbours the U.S. but also has a little less than 20% of its population residing in rural, sometimes remote locations across the country. Speed tests from earlier in the year demonstrated a Starlink user in Nelson, B.C​ getting 392 Mbps download speeds, as opposed to 2-3 Mbps on their Telus connection.