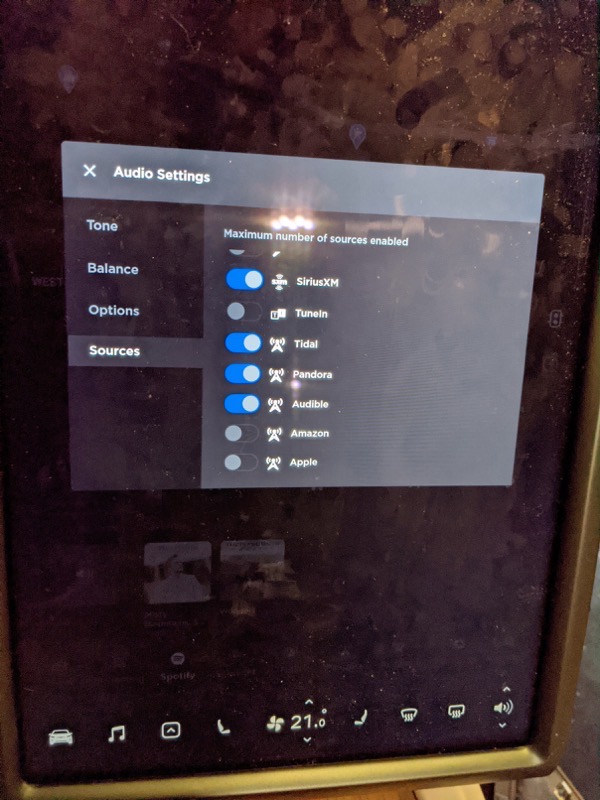 Tesla’s in-car infotainment system does not support Apple Music, but that may be changing soon, reports Tesla North.

While the next streaming music service integration appears to be Tidal, the inclusion of Apple Music may be a positive sign for those in the Apple ecosystem.

“Looks like more media sources are coming soon. Though it’s not quite there yet.
The icon in UI is wrong, but the correct [one] is already populated,” said @greentheonly, referring to screenshots of Tidal.

Responding to someone asking about Apple Music, @greentheonly replied, “[they’ve] been working on it for quite some time it’s a bit of a stub now so who knows when it actually comes, the tidal is the next one I think because it actually started to get things populated,” while sharing the screenshot seen above.

While many iPhone owners want Apple CarPlay support in their Tesla, that definitely does not appear to be happening anytime soon. It doesn’t make sense for Tesla to include support for CarPlay, as it would rival its own infotainment system.

Recently, reports have claimed Apple’s autonomous car plans may debut in 2024 or 2025 with ‘breakthrough’ battery tech. Tesla CEO Elon Musk also revealed he wanted to explore selling his company to Apple back in 2018, but Tim Cook did not want to meet.