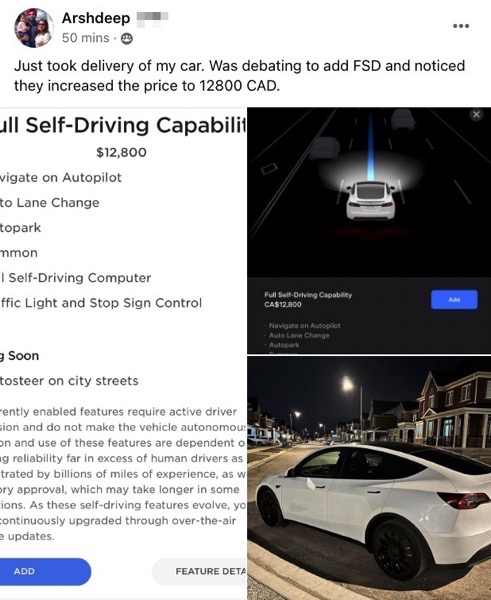 Over a year and a half ago, Tesla CEO Elon Musk had announced that the company will be raising its FSD price across the board by nearly US $2,000, although the company eventually decided to apply it to the U.S. market only, since the latter was the only nation that had FSD beta.

Now, the expected FSD price increase has finally arrived in Canada, with a number of Tesla owners reporting the change as it went live on Thursday evening.

“Just took delivery of my car. Was debating to add FSD and noticed they increased the price to 12800 CAD,” said Model Y owner Arshdeep B., who shared the news on Facebook. 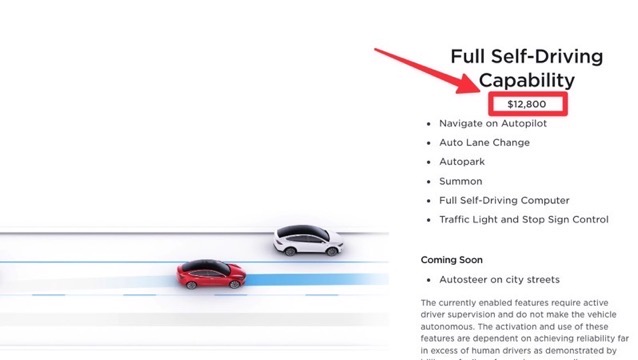 Canada received FSD beta back in late March after a significant delay, and many customers had already suspected a price hike was coming, in a move similar to what happened in the United States.

Telsa has not yet announced if and when Canada will get FSD subscriptions, which were launched in the U.S. in July last year.

On Thursday, Tesla also increased the price of its vehicles across the board, as Model 3/Y and Model S/X cars now cost more than before, amid the ongoing global chip shortage and supply chain issues.