During his interview with the Financial Times earlier this week, Tesla CEO Elon Musk stated that the company may stop taking orders for some of its models due to extremely high demand resulting in long delivery timelines, Tesla North is reporting. 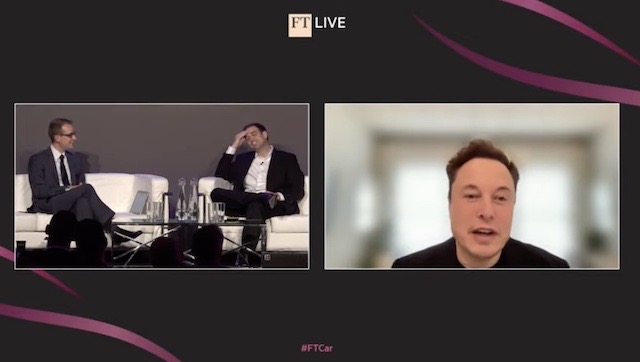 “Currently the lead time for ordering a Tesla is ridiculously long. So, our issue is not demand, it is production,” Musk told Peter Campbell at the FT Future of Cars Conference while emphasizing how demand currently exceeds production amidst the burgeoning EV market.

When asked if his Twitter acquisition would have an impact on Tesla, Musk replied, “I’m confident we will be able to sell all the cars we can make.”

“The frustration we’re seeing with customers is being unable to get them a car, not are they willing or interested in buying a car,” Musk added.

“Even before there was the supply chain issue Tesla demand exceeded production. So, now its demand is exceeding production to a ridiculous degree. We’re actually gonna limit, or just stop taking orders for anything beyond a certain period of time because some of the timing is like a year away,” said Musk.

Listen to Musk talk on the issue starting at the 22-minute mark in the video above.