Tesla CEO Elon Musk announced on Twitter yesterday the company is now offering a new, cheaper, variant of the Model 3 that starts at $58,800 in Canada (before incentives in BC/QC). The mid-range battery model, which has an estimated battery range of 418 kilometres, is now available to order in Canada and the USA ($45,000 USD).

Tesla says its Standard Battery model, which is pegged to be its entry model at $35,000 USD (about $45,900 CAD) and widely promised as its most affordable, will be coming in 4-6 months. 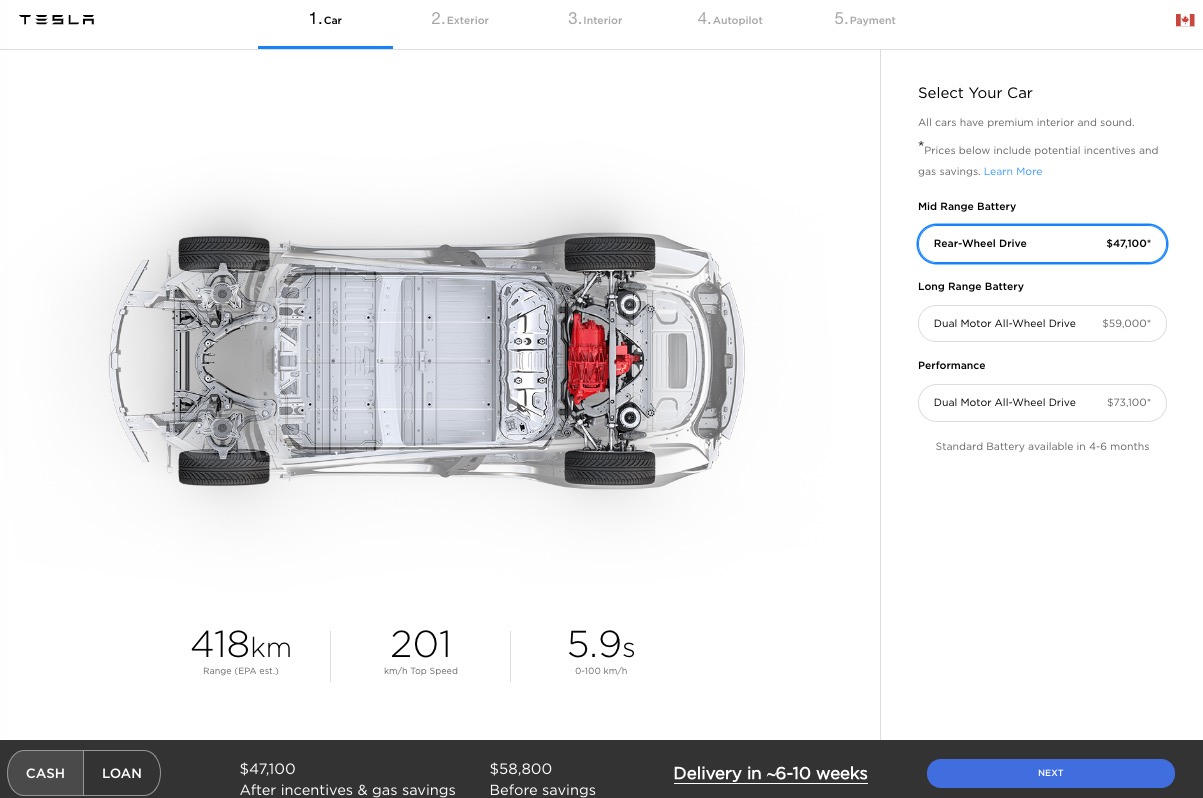 Musk also pointed out that the new mid-range Model 3 costs roughly US $35,000 after federal and state tax rebates in California. To take advantage of the full $7,500 federal tax incentive, however, customers must take delivery of the vehicle by December 31, 2018.

Musk further explained that the mid-range vehicle is outfitted with a long-range battery that has fewer cells. “Non-cell portion of the pack is disproportionately high, but we can get it done now instead of February,” Musk Tweeted.

“As Model 3 production and sales continue to grow rapidly, we’ve achieved a steady volume in manufacturing capacity, allowing us to diversify our product offering to even more customers,” a Tesla spokesperson said in an emailed statement. “Our new Mid-Range Battery is being introduced this week in the U.S. and Canada to better meet the varying range needs of the many customers eager to own Model 3.”

The delivery estimate for the mid-range version is 6 to 10 weeks in Canada. Residents in BC can get $5000 in incentives, while those in Quebec are eligible for $8000.