As noted by the folks over at Tesla North, estimated delivery dates for Model Y have been pushed back to October in Canada and the U.S. 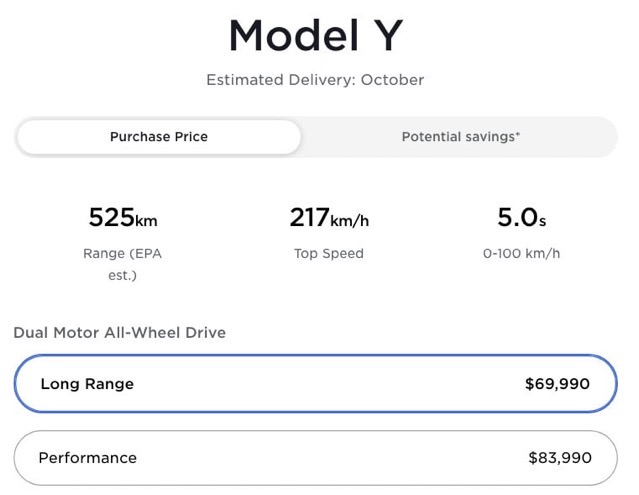 According to James, a Model Y customer in Canada who had ordered the vehicle this week and said that his Model Y was showing an estimated delivery date of mid-August, his delivery date has now slipped to early and late September.

“It appears Tesla may be seeing some huge demand for Q3 for its Model Y in Canada and the USA. In comparison, the entry Model 3 is showing estimated delivery of 8-12 weeks in the U.S. and Canada.

Newer builds of the Model Y in the U.S. now include the company’s Bioweapon Defense Mode for the first time.”

Previously, Tesla’s Bioweapon Defense Mode feature was only available on the Model Y in China and has long been exclusive to the more expensive Model S and Model X.