Tesla Model Y Pricing in Canada Increases by Up to $3,290, But Autopilot Now Included 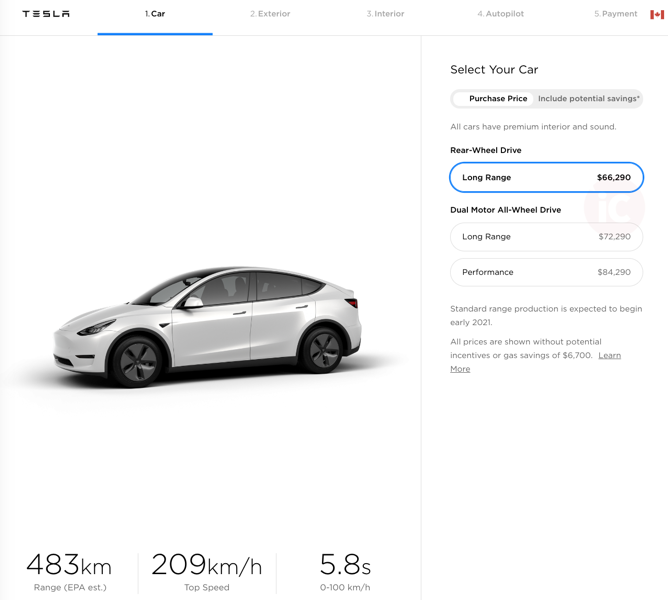 Tesla has made some tweaks to its Model Y pricing in Canada, the USA and other countries, seeing a price increase and new default colour change.

In Canada, the Tesla website is showing price increases ranging from $2,290 to $3,290 CAD, depending on the configuration.

Now, the price increase also means Autopilot is now included in the base price, making the Model Y in line with the Model 3 configuration options.

Here’s what’s changed since initial pricing was released back in March:

Previously, Autopilot was a $4,000 CAD add-on (or $5,300 CAD after delivery), but is now included in the base price. So the Long Range model ‘saves’ you $1,710 versus before and the Dual Motor models get $710 in savings, compared to pre-ordering on day one.

Also, today’s update now also includes the $1280 destination and documentation fee and $10 OMVIC fee in Canada, which brings Model Y in line with other Teslas for sale.

According to Teslarati, the changes to Model Y also include the default colour now being Pearl White Multi-Coat. Previously, this was Solid Black, an option which now costs $1,000 CAD, a change CEO Elon Musk had previously announced.

Click here to buy a Tesla and get 1,500km of free Supercharging for your Model 3, Model S or Model X purchase.