Tesla Model Y with Tow Hitch Spotted in the Wild 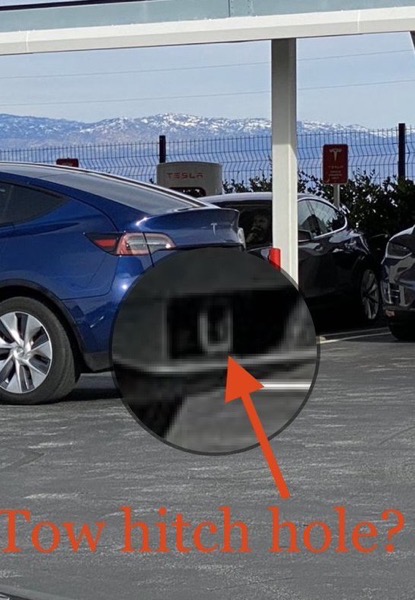 A Tesla Model Y with a tow hitch has been recently spotted in the wild, further confirming that the upcoming all-electric crossover will be capable of pulling small trailers and campers (via Teslarati).

In the recent Model Y sightings at Supercharger stations captured by @mattdgonzales, the vehicle’s tow hitch is clearly visible.

Saw a Model Y in the wild today! Hope that means it’s close to production. It looks… interesting. What are your thoughts? #modely @Tesla pic.twitter.com/rZX3oMT6NB

In addition to the optional 7-passenger interior, the two hitch option would be ideal for larger families who like to enjoy the outdoor lifestyle.

The Model Y will be available in four different variations, including single motor Standard Range and Long-Range, dual-motor All-Wheel Drive, and dual-motor Performance, with the first deliveries expected to begin in the summer of 2020.