Tesla held its ‘Cyber Rodeo’ event today at the company’s newest Gigafactory in Austin, Texas, where it announced the launch of its ‘Made in Texas’ Model Y vehicles, Tesla North is reporting. 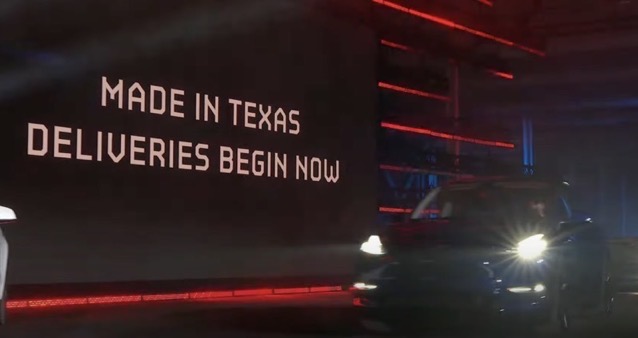 The electric car maker said it plans to make 500,000 Model Y vehicles at Giga Texas, where the company is also making its new 4680 battery cells. CEO Elon Musk also joined the incredible invite-only event and took the stage to share details about Tesla’s past, present, and future.

Musk also announced that ‘Made in Texas’ deliveries would begin now. A stream of Model Y vehicles then drove on stage and right past, in black, blue, and white colours.

You can watch Tesla’s Cyber Rodeo event at Giga Texas in its entirety below.