A base reservation is available for $20,000 USD, while there are limited ‘Founders Series’ Semi versions available at $200,000 USD (one of the initial 1,000 available), which also require a full up front payment to reserve.

Canadian Tesla Semi truck pre-order pricing, according to the company’s website, is as follows (and is not exactly cheap thanks to the Canadian dollar exchange rate): 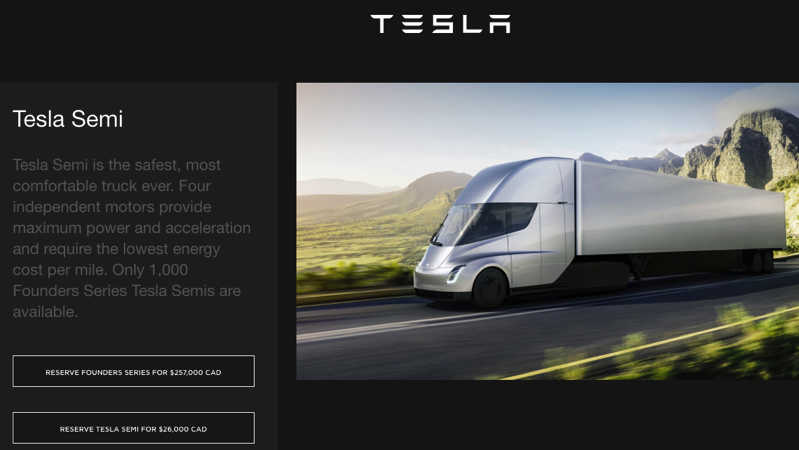 The Tesla Semi doesn’t start production until 2019, and is touted by the company as “the safest, most comfortable truck ever. Four independent motors provide maximum power and acceleration and require the lowest energy cost per mile.”

Canadian companies such as Loblaw and Walmart Canada have already placed pre-orders for the Tesla Semi, which was announced last week (which was partially overshadowed by the surprise second generation Roadster announcement).