Tesla this evening unveiled their Semi electric truck, which is “the safest, most comfortable truck ever,” equipped with four independent motors. 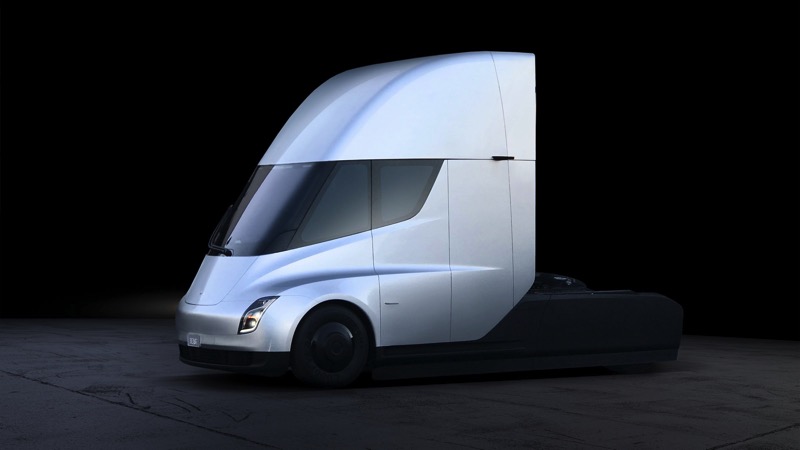 Company CEO Elon Musk unveiled the Semi, which is more aerodynamic than the Bugatti Chiron supercar ($2.6M USD), capable of going from 0-60mph with a full 80,000 pound load in 20 seconds. The power of the Semi also allows it to go 65mph (104kph) up 5% grades thanks to its four independent motors on rear axles.

All Tesla Semi models come with Enhanced Autopilot to help avoid collisions, plus its centred driver position ensures maximum visibility and control, and a low centre of gravity prevents rollovers.

Tesla says if there is a crash and the car doesn’t hear from you, it will automatically call emergency responders. As for jackknifing, Musk said it will be “impossible” thanks to the Semi’s independent motors offering vehicle stability assist. 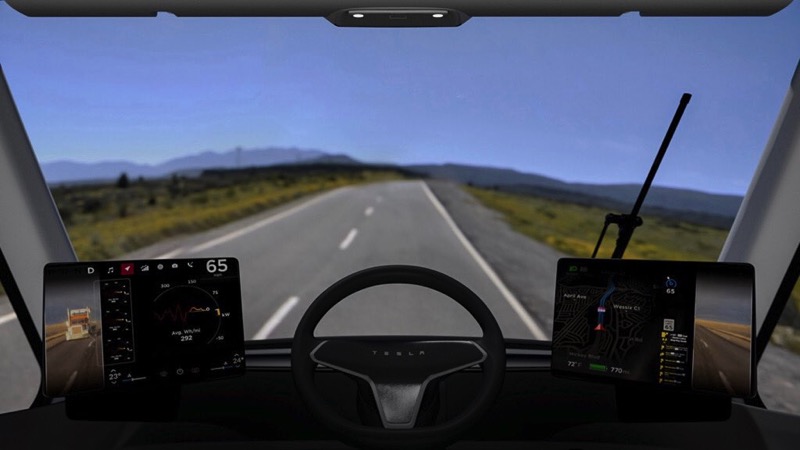 Tesla claims the electric costs of the Semi are half that of a traditional diesel semi truck, thanks to fewer systems to maintain (no transmission or brake pads to name a few), providing a number of over $200,000 USD in fuel savings, and a two-year payback period. The company is guaranteeing the Semi drivetrain will last to 1 million miles (1.6 million kilometres), equivalent to 40 trips around the globe.

Tesla Semi will start production in 2019, with no prices revealed by the company yet, but deposits of $5000 can reserve one.

Musk pulled a major surprise for the audience at its event after the Semi unveiling, by debuting the company’s new second-generation Roadster, which it calls the “quickest car in the world, with record-setting acceleration, range and performance.”

The car’s quarter-mile is 8.8 seconds, which clearly would make Dom from the Fast and Furious proud (“I live my life a quarter mile at a time. Nothing else matters: not the mortgage, not the store, not my team and all their bullsh!t. For those ten seconds or less, I’m free.”)

If you missed the event, check out this brief summary shared by The Verge:

Elon Musk continues to disrupt the auto industry with Tesla’s innovations. The question remains whether the company can keep up with demand for its electric vehicles (Model 3 owners are still waiting to get their cars).