Tesla Supercharger in Victoria BC Underway as Construction Begins [u]

The first Tesla Superchargers are coming to Victoria, British Columbia, and there will reportedly a dozen or so stalls available.

As for the location of Victoria’s first Tesla Supercharger, it will be at Uptown Mall in Saanich with a reported 12 stalls being constructed, in the lower parkade of the mall, as spotted by a user on Reddit.

Sources familiar with the situation speaking to iPhone in Canada, did confirm this is an actual Tesla Supercharger.

While the picture does not indicate anything about Tesla Superchargers being setup, Reddit user ‘Flyin_Beaver’ says, “I asked one of the tradesman and they said it was in fact for a Supercharger.”

The user followed up to say, “Thanks to the post yesterday of Superchargers spotted being delivered to Victoria, I went and had a look around likely candidate locations and found this suspicious, 12 parking spot construction work on the lowest level of the Uptown mall. The local [electricians] working on it confirmed it was to be the new Supercharger.”

The Uptown Mall location is next to Highway 17, making it a prime location for travellers heading to and from BC Ferries or even up island. Its location is also just minutes from the downtown core, making it easily accessible for tourists visiting the province’s capital in their Teslas. 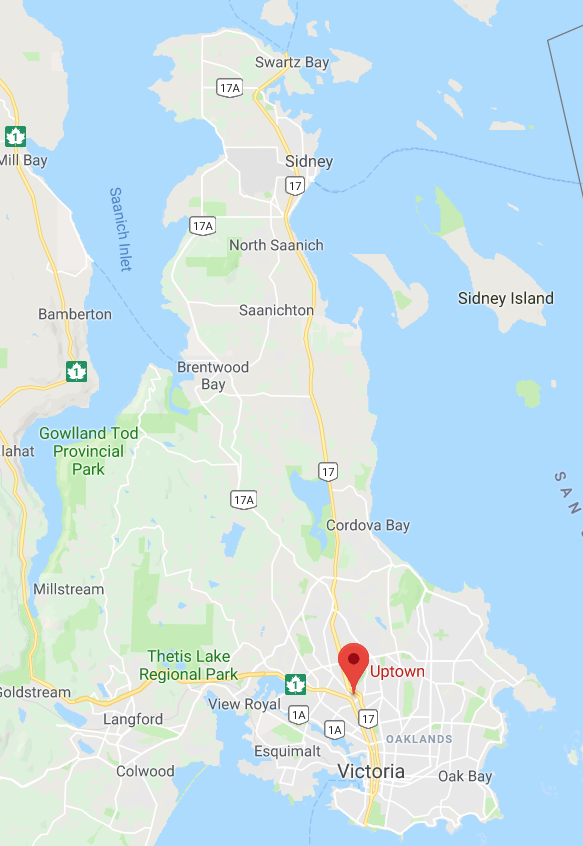 Tesla Canada’s website has a Victoria, BC, Supercharger location listed as “coming soon”. The most recent Supercharger to open in BC was earlier this month in Surrey, at Guildford Town Centre.

There are a lot of Tesla owners in Victoria, with many driving the latest Model 3. They’re going to look forward to this.

Update: According to sources familiar with the situation, this is confirmed as a Tesla Supercharging station. This article has been updated accordingly.