Earlier this week, Tesla updated their Superchargers page to list more stations coming soon in Canada, finally adding locations in Saskatchewan, Manitoba, New Brunswick and Nova Scotia. In total, we counted the addition of 58 cities/destinations added to their list, on top of the 37 “coming soon” listed back in July.

With these Superchargers, a nationwide network along the Trans-Canada highway looks to be a reality. The map of Superchargers in Canada below, shows where the stations stop after Alberta, leaving those wanting to venture through Saskatchewan, Manitoba and parts of Ontario and Quebec a challenge. 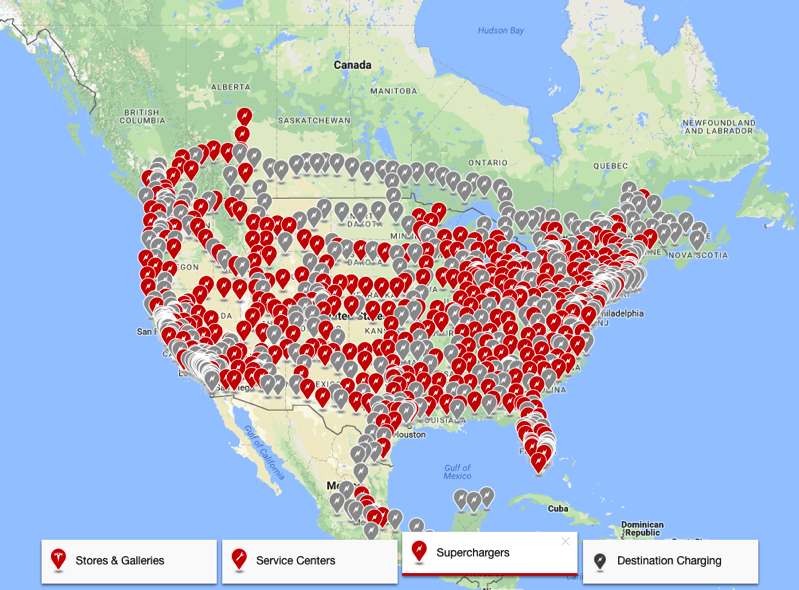 In total, the recent announcement of Canadian expansion will see Superchargers in Canada increase from under 30 to almost 120, a quadruple increase.