Why Tesla Pricing is Higher in Canada vs the USA, Explains Elon Musk

In response to a comment by a Twitter user, Tesla CEO Elon Musk has explained why the company is selling its cars at a much higher price in countries like Canada, New Zealand, and Australia as compared to the United States (via Tesla North). 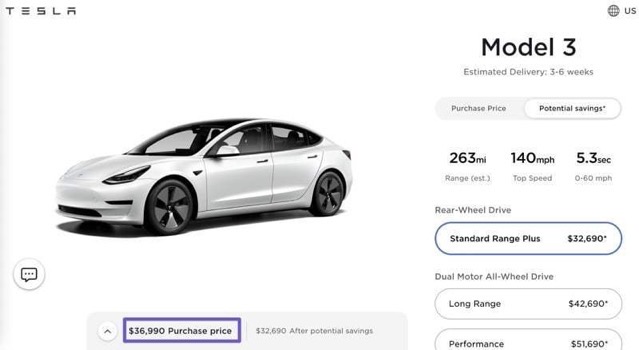 Prices of Tesla vehicles outside the U.S. are more expensive, even after taking exchange rates into consideration. According to Musk, the high price tag of Tesla’s cars in other countries is due to import duties, transport costs, and value-added tax.

“The intent is that revenue to Tesla is roughly similar in all countries, so taxes, tariffs & transport make up the difference,” Musk added.

Prices in the US (of all goods) don’t include VAT, but it’s usually included in other countries.

The intent is that revenue to Tesla is roughly similar in all countries, so taxes, tariffs & transport make up the difference.

The Twitter user was asking specifically about Tesla’s New Zealand pricing, which they described as “crazy overpriced.”

Similar comments have also been made by residents of Canada, Australia, and a variety of countries in Europe.

“Prices in the US (of all goods) don’t include VAT, but it’s usually included in other countries,” said Musk. “Then there’s import duty & transport costs, he added.

Even with federal EV rebates of $5,000 CAD that applies to the entry Model 3, and various in B.C., Quebec, Yukon and soon Nova Scotia, Canadians obviously would like to see prices lower.

Canadians are used to paying more for products from the U.S. here–just take a look at Apple products, as prices don’t exactly match up either, after exchange rates.