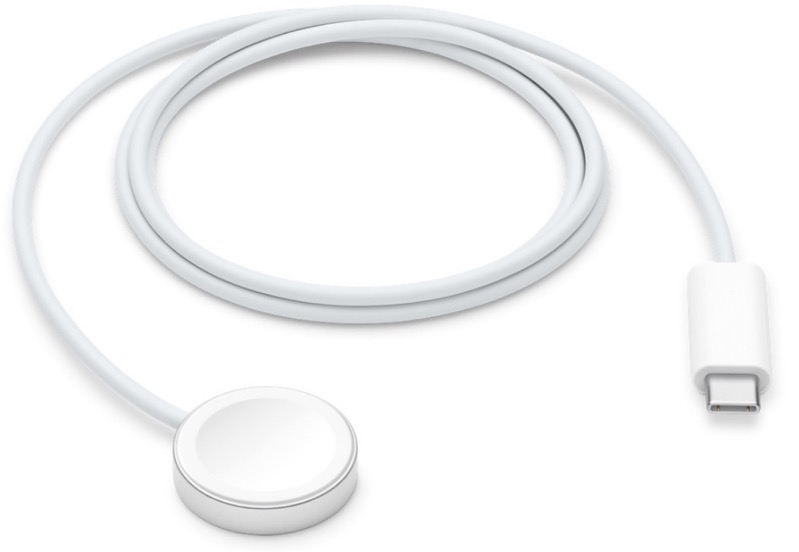 According to Apple, “we wanted to make charging your Apple Watch utterly effortless. And now, it charges up to 33% faster when paired with Apple Watch Series 7, so you can reach 80% charge in about 45 minutes.”

Apple says with 8 minutes of charging, that is enough to provide 8 hours of sleep tracking. The 33% faster charging time is compared to Apple Watch Series 6. You’ll also need to use a 20W USB-C power adapter to achieve these faster charging speeds.

Only Apple Watch Series 7 supports fast charging, so you’ll need to open your wallet if you want faster charging speeds.

With USB-C, that means you can charge your Apple Watch with a compatible iPad that has a USB-C port (iPad mini 6th gen; iPad Pro; iPad Air 4th gen) and the latest Mac models as well. The magnetic charger will still charge older Apple Watch models but at regular speeds.

Click here to buy the Apple Watch Magnetic Fast Charger to USB-C cable on Apple.ca. Online delivery is available as soon as September 17 with expedited shipping to B.C.; store pick up is unavailable.

Apple Watch Series 7 doesn’t have a pre-order date yet, other than it is coming “this fall”, according to Apple. The unknown launch date suggests previous reports of production delays may be possibly accurate.