As spotted by TechCrunch this morning, Apple has quietly launched a new accessory for the Apple Watch called Apple Watch Magnetic Charging Dock. The accessory is currently available only in Apple’s online store, for a hefty $99 (CAD) and it is available to ship in one business day. Will hit the shelves on November 20. 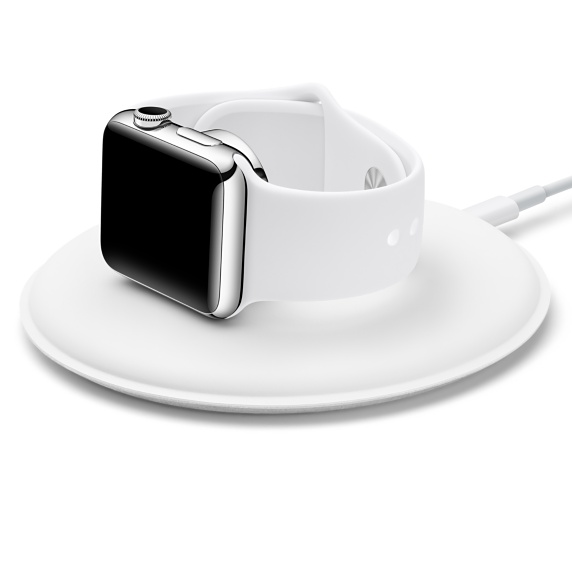 As you can see from the above image, the charging dock is a big white circle apparently made out of plastic, and includes the magnetic charging puck in the middle. The puck supports two positions, flat or upright, with the latter being comfortable for nightstand mode.

The accessory includes a two-metre Lightning-to-USB cable as well, so you don’t have to use your existing Apple Watch cable, but it lacks the power adapter, so you’ll have to use the one that came with the Watch.

It is worth mentioning that when the magnetic puck is docked on its side, it automatically puts your Watch into Nightstand mode.

While the price isn’t necessarily “wallet-friendly”, considering that you’re buying only a charging dock for $99 (the iPhone dock costs $59 by the way), you don’t have to buy it, as there are various cheaper alternatives out there.

Will you jump on it?