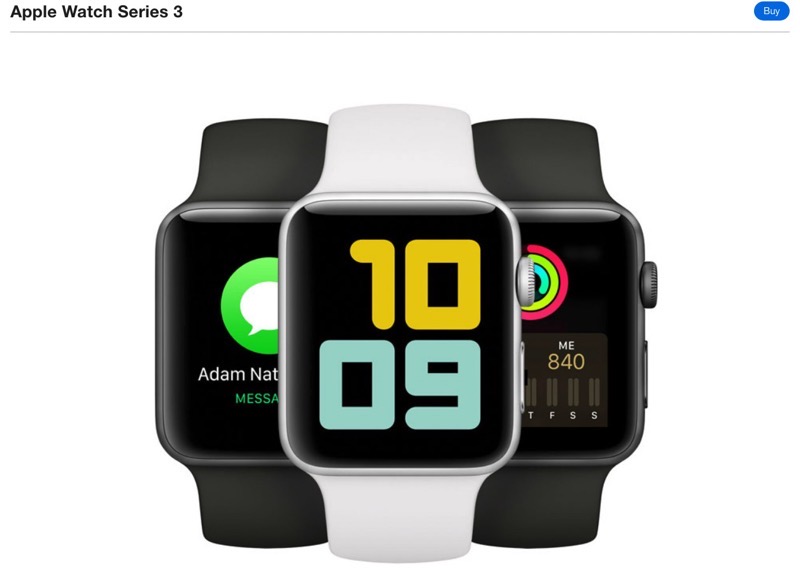 With today’s announcement of the Apple Watch Series 8 and Apple Watch SE 2, Apple has removed the aging Series 3 from sale on its website.

Apple’s website only now sells the new Apple Watch Ultra, Series 8 and SE, along with Nike and Hermès variants.

The Apple Watch Series 3 first debuted back in September 2017, which is five long years ago and a lifetime when it comes to technology. The aging watch was dropped from the upcoming watchOS 9 update, so it was pretty clear it would soon be removed from sale, once new Apple Watch models were announced.

Existing Apple resellers still have stock of the Apple Watch Series 3, which can be found for as low as $199 from places like Staples. But at this point, you’re better off spending a bit more for an Apple Watch SE 2 which is now cheaper than before, starting at $329 CAD, cheaper than its predecessor. The new Apple Watch SE 2 now has the same S8 processor found in the Series 8 and Apple Watch Ultra.

If you need a basic Apple Watch for notifications or light fitness tracking, an old Series 3 might be worth considering if you can find it for $50-100, if price is an issue for you.

But for now, let’s pour one out for the Apple Watch Series 3 and welcome the new Apple Watch SE 2 with its new price drop–it’s now available to order.