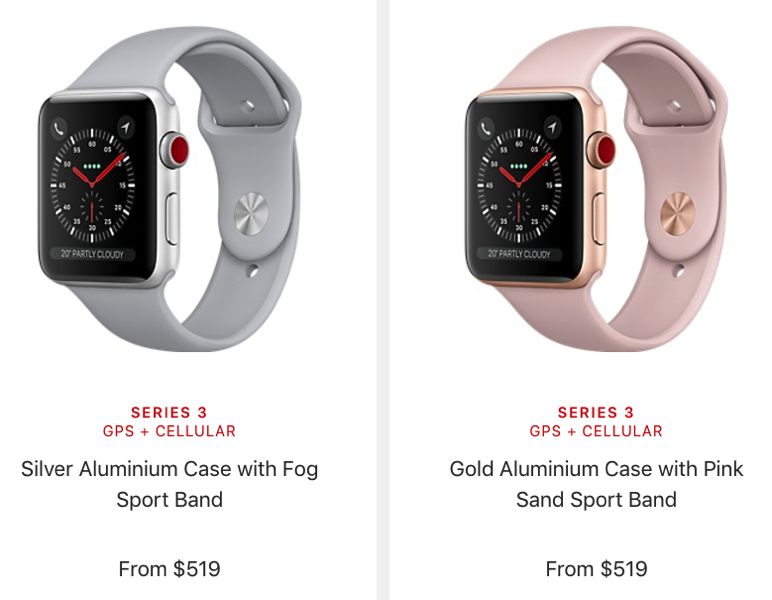 Here is the Canadian pricing for…

Apple’s website says it will have cellular service in all provinces except Manitoba and Saskatchewan (update: Bell does not have VoLTE in these provinces, hence the lack of support).

For those looking for cellular capabilities, Bell will support Apple Watch Series 3 cellular at launch, with pricing at $5 per month; Telus support is coming next “later this year.” (updated to add Bell’s pricing).

No mention of Rogers at the keynote so looks like they got shut out for the launch, but you can bet they’ll have support soon.

Also, the cellular modem does not support Band 66 LTE, so don’t expect Apple Watch Series 3 to work on Freedom Mobile, until the next upgrade. However, iPhone 8, iPhone 8 Plus and iPhone X will work on Shaw’s wireless carrier.