Following up on an earlier report announcing the arrival of more Apple Watch bands by designer brand Coach, Haute Écriture has shared new information, including possible pricing and new photos (via 9to5Mac).

The website cites information from a Coach boutique sales associate who says there will be 9 new watch bands from Coach in white, black, red and “saddle” which will retail for $150 (USD). Interestingly, the first source said the Watch bands would be available in June, but after asking a sales associate in a different boutique, David Boglin de Bautista of Haute Écriture was informed that the bands may not be available for sale until the Fall. 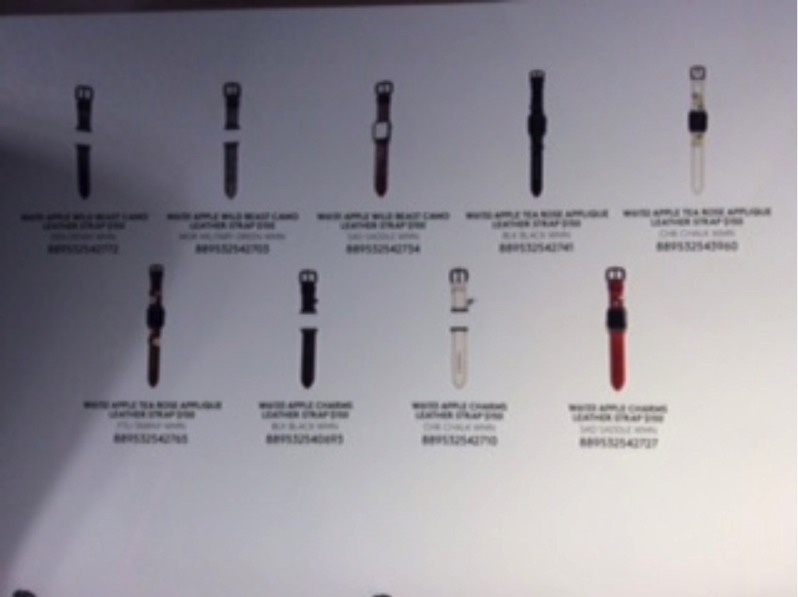 The above image reportedly shows the full collection of Apple Watch bands expected to be released by Coach, but there may be other surprise elements when they actually become available for purchase.

At this point it is unclear whether each of the rumoured bands will be offered in both 38 mm and 42 mm versions. The $150 price tag matches that of Apple’s Milanese Loop, and it is more accessible than Hermès’ “iconic extra-long band that wraps elegantly twice around the wrist” which retails for $490 (USD).