Developer Hamza Sood is well-known for digging deep into iOS code and making discoveries, such as sharing the first screenshots of the Apple Watch app back in March before the wearable even debuted. 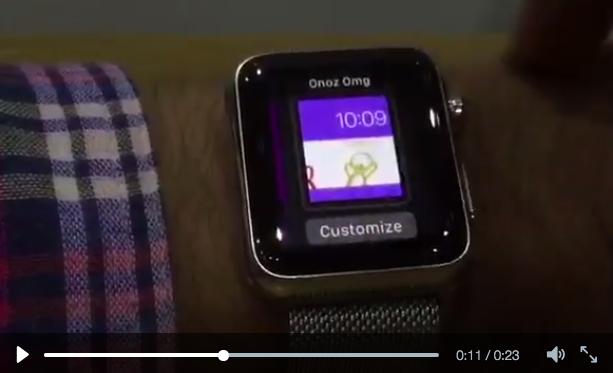 Now, the developer has managed to hack watchOS 2, to enable custom watch faces on his Apple Watch. He shared his feat on Twitter and also posted code on GitHub:

When Apple releases watchOS 2 this fall, new watch faces coming include 24 hour time-lapse videos shot in major cities such as Hong Kong, London, New York and Shanghai. Users will also be able to pick an image from photos or a specific album to set as their watch face.