Earlier today screenshots were shared of the Apple Watch activity app, hidden within iOS 8.2, but only activated once the wearable is paired with an iPhone.

Now, further screenshots of the Apple Watch companion app have been shown (in dark mode it appears), as developer Hamza Sood has shared them with 9to5Mac. 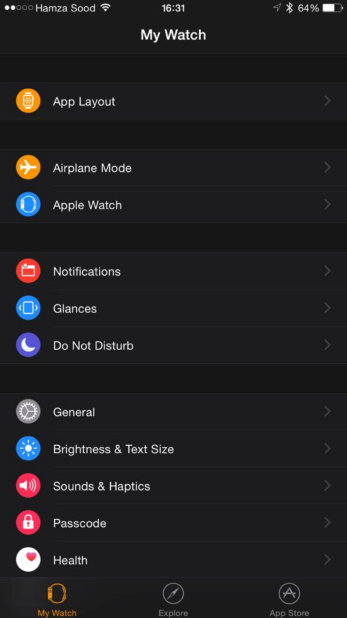 A few more interesting things. You can select playlists to sync accros, with an adjustable limit up to 2GB pic.twitter.com/d40El8N9sq

The screenshots reveal some new settings, such as the ability to control haptic feedback strength, options to control orientation for left or right handed wrist wearers, and volume levels.

Options allow Apple Watch wearers to customize all aspects of the device, such as ‘Cover to Mute’ shown below, which allows you to mute the watch by covering it with your palm. This allows for discretion in social situations where it would be awkward and rude for you to start answering a phone call on your wrist (although that may look pretty cool, right?). 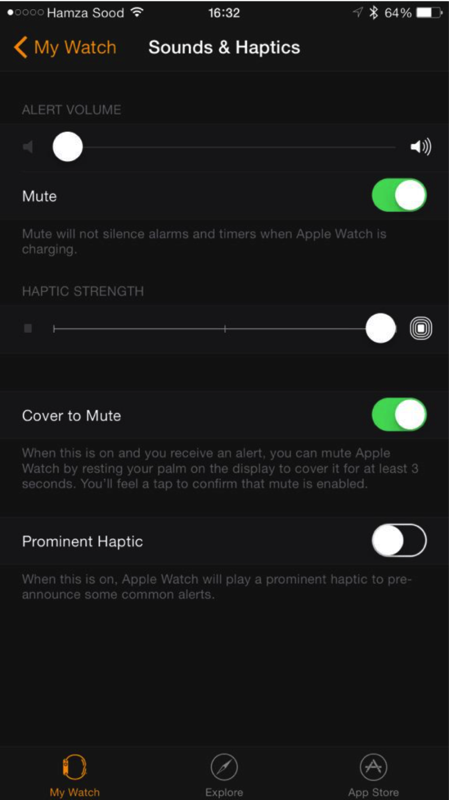 You can check out the entire gallery of screenshots here. Apple Watch pre-orders kick off on April 10 and sales will launch on April 24. Check out the Apple Watch Canadian price matrix here.