Last month we told you about JUUK, the third party Apple Watch band maker and they added a new ‘Gunmetal’ stainless steel band specifically for the Space Grey Apple Watch.

Well, JUUK has sent us one of their prototype samples close to 95% completion for a quick hands-on, and we must say they are even more impressive in person. These bands are made with solid 316L stainless steel and come with a push-button butterfly buckle.

Upon picking up the Revo Matte band in Gunmetal finish (which is almost like a Space Black band for your Sport model), it felt much heavier than it looked and had substantial weight to it, like it came from a real watch. Once attached to my Space Grey Apple Watch, the combination of the two look pretty darn good, despite the band colour not matching 100%.

Check out some of the pictures below, which show a pretty good fit on the Apple Watch Sport: 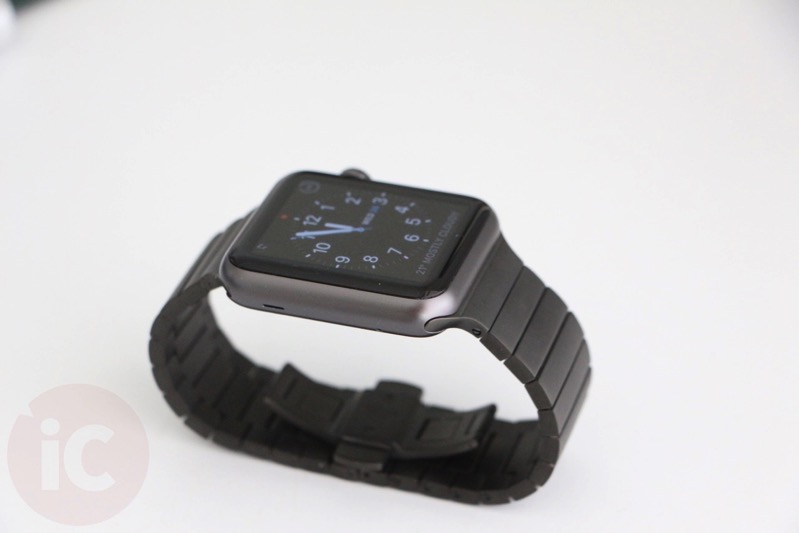 To remove extra links, a tiny screwdriver is required. Just unscrew a few times then pins can be easily pulled out with your fingers. Not being a watch guy and having large hands, this was a bit tricky but was very straightforward.

To insert the band into your Apple Watch, a locking mechanism needs to be lightly pressed to allow it to slide in, unlike Apple’s design. Once the band slides all the way it, it locks into place and can be removed the same way like your existing Apple band. 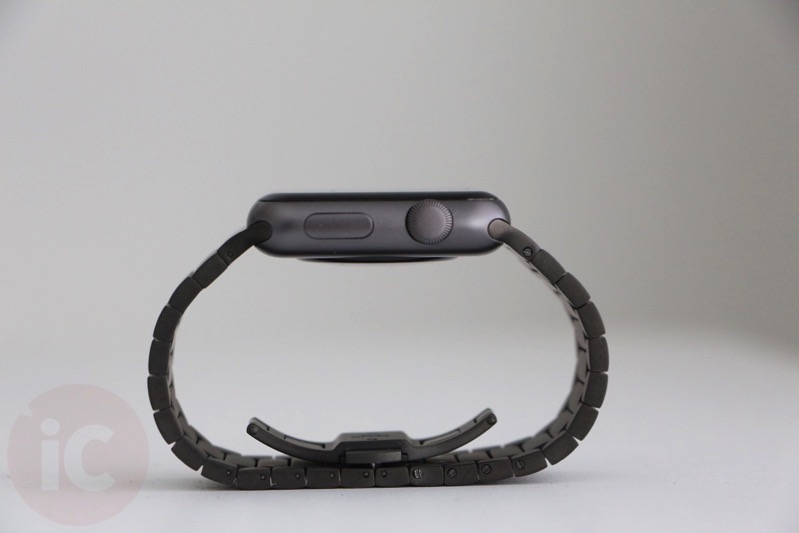 Here is the Revo Matte in Gunmetal with its butterfly clasp opened. The clasp closes on each side with a satisfying snap and felt very secure holding my Apple Watch. 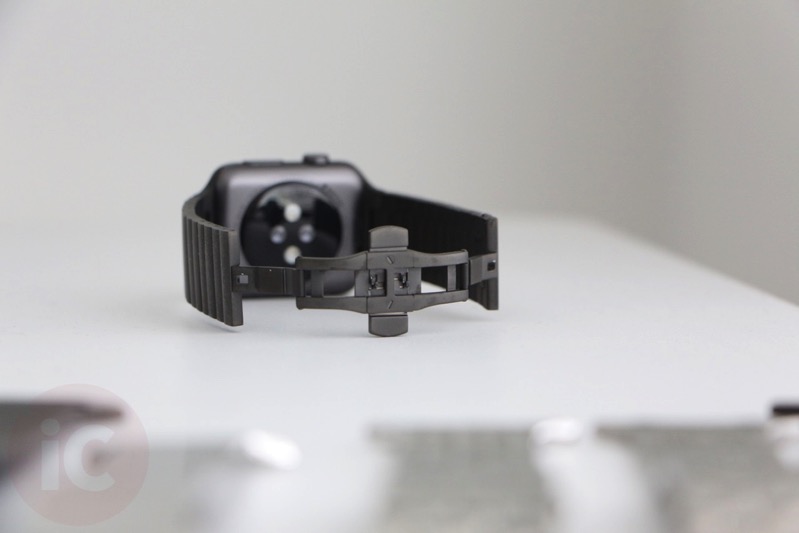 This is the watch on my wrist (ignore my sloth activity will ya): it looks like it could have come with the watch: 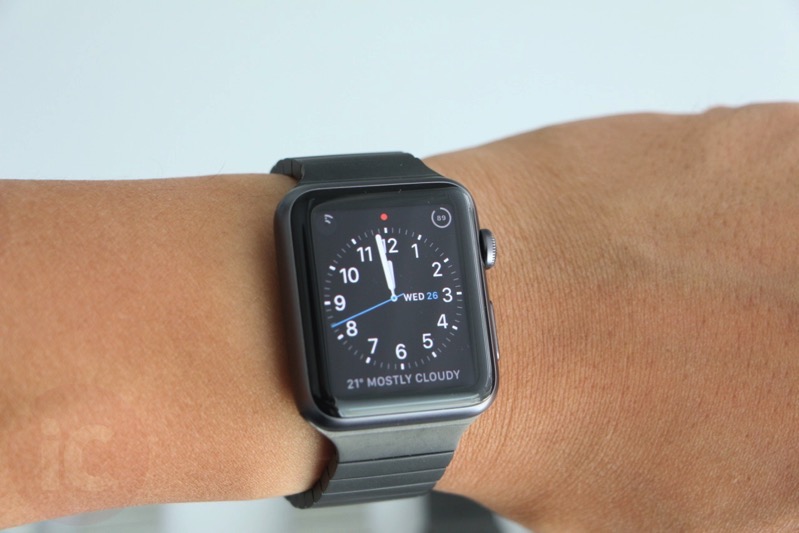 While the bands felt great on the wrist, the early sample I received did have a gap that showed some of the non-gunmetal links. Also, that line you see below on the first link, it will be eliminated or improved in final versions: 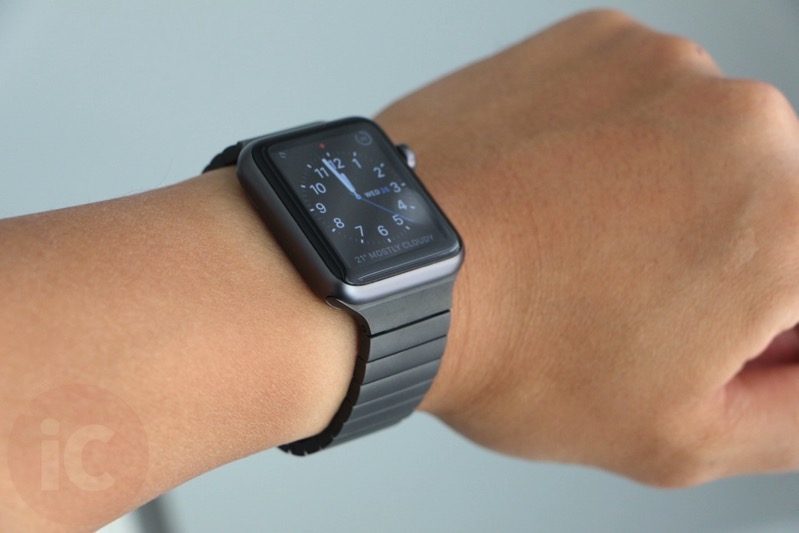 The JUUK logo is subtlety noted on the bottom of the band: 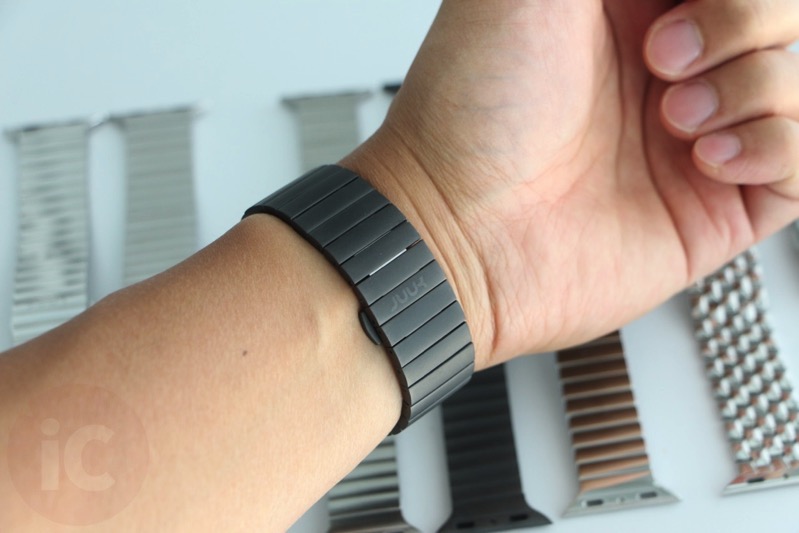 After wearing my Space Grey Apple Watch Sport with JUUK’s Revo Matte band, it made the watch feel like a real watch, a feeling you don’t really get with the sport bands: 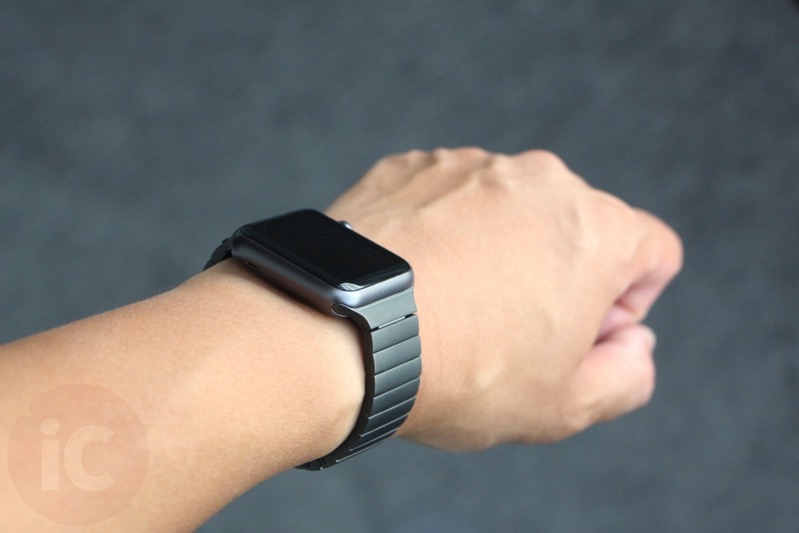 JUUK did not meet its funding goal on Indiegogo, so founder Eugene Ho has decided to self-fund his campaign with his own money. To facilitate pre-orders, JUUK has created the following 3-tier discount:

Right now, the following bands are available for purchase at these discounted August prices, which includes free international shipping:

The Revo Brushed and Polished bands similarly look and feel really good in the hand, and would make any stainless steel Apple Watch happy. JUUK also has 38mm bands in the works, but for now, they are concentrating on three bands only, with an expected ship date of November 2, 2015.

Although you may find cheaper options online, the quality of these bands are excellent and I would proudly sport them on my Apple Watch. Eugene’s background is in the watch industry, so these bands are coming from someone who lives and breathes watches.

Despite not meeting his crowdfunding goal, he told us he believed in his project so much he was willing to put his own money on the line. When somebody believes so much in their product that they’re willing to put money where their mouth is, that’s a good sign.