It’s update day for Apple as we’ve seen iOS 9.1, OS X 10.11.1 and now watchOS 2.0.1 for Apple Watch users. The update is available over-the-air. Just launch the Apple Watch app and go to General > Software Update and you should see it. 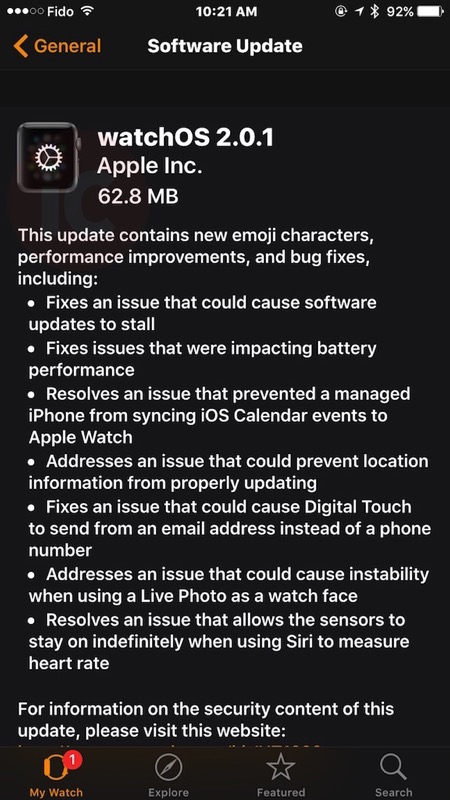 Let us know how your install goes!