Last report by Flurry revealed that China has overtaken U.S. to become the world’s leading smart device market. Today, another study published by the analytical firm shows that the app market is becoming increasingly global and in order to remain competitive, the developers must know how the app consumer behavior varies across different countries. The study also reflects that games are the most-used apps in each country. 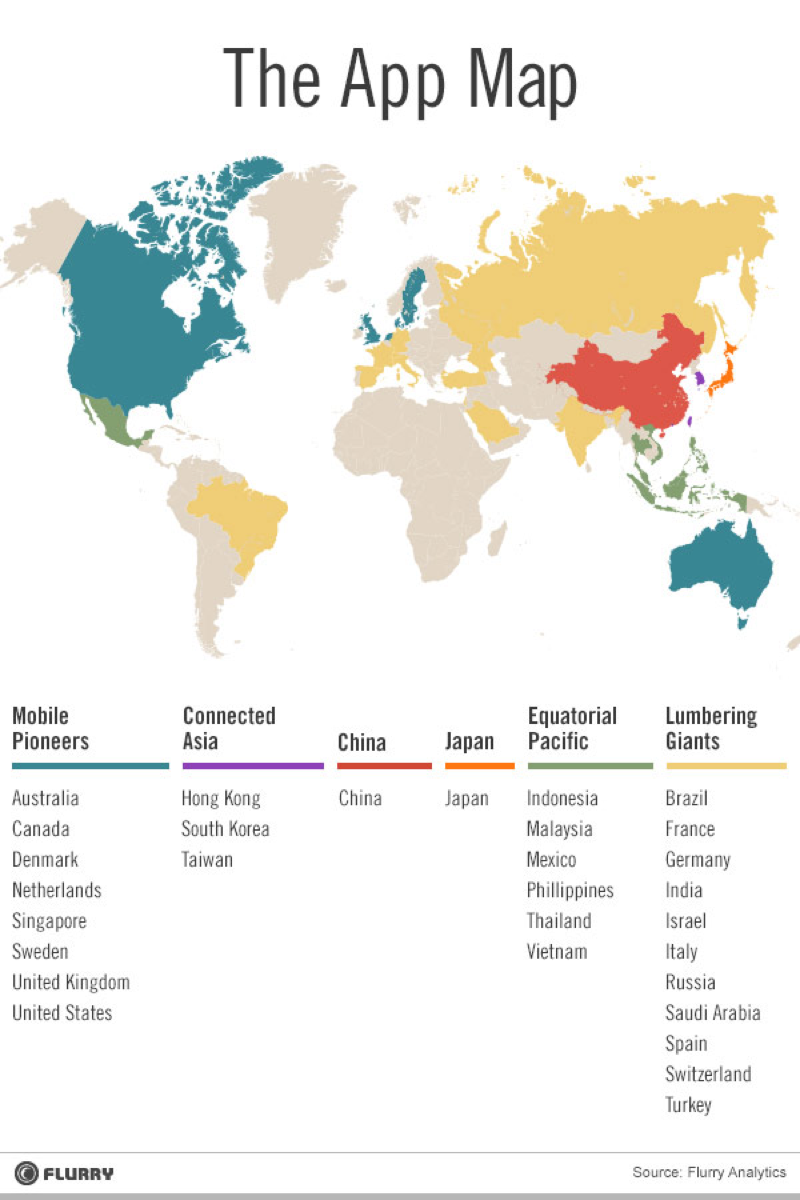 The study suggests that developers need to build apps for the largest international markets and deviate from what has worked in the US, the former number one market. They must understand how different is the app consumer behaviour in China and India, the world’s two most populous countries. Therefore, Flurry grouped countries according to their similarity in app category usage using cluster analysis, a statistical technique that creates groupings based on associations.

The analysis was carried out for the top 20,000 apps in the 30 heaviest app using countries as of January 2013. The study excluded social networking apps as their usage tend to be more country-specific. It seems that games are the most-used types of apps in each country cluster.

The chart below shows similar data for iOS apps within each of the gaming categories as defined by the Apple App Store. Please note that these classifications have changed over time and that games are assigned to categories by developers; however those things are common to all countries and therefore should not, on their own, result in differences between countries. 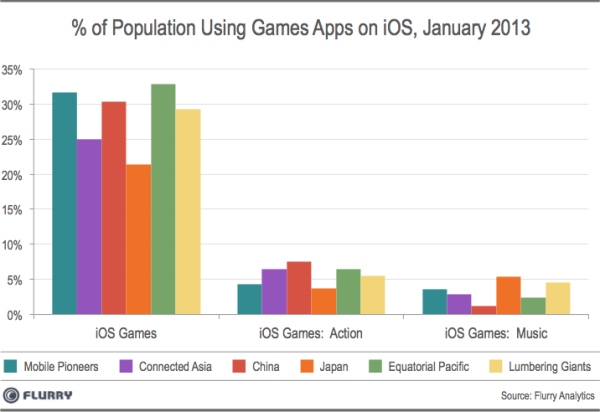