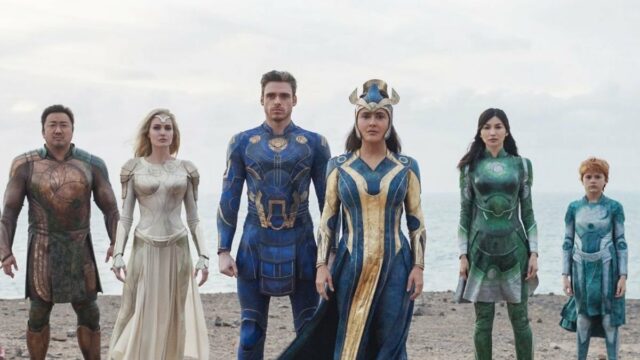 Marvel’s ‘Eternals’ is now available to stream on Disney+ for free in Canada. The film was released theatrically on November 5 and has served its two-month exclusivity window prior to making its way to Disney’s streaming service.

Starting today, Marvel Studios’ Eternals will be available to view on Disney+. This film will be streamed in IMAX Enhanced format in 4K HDR10 available. A traditional widescreen option is also available to viewers.

The film centres on the group of immortal beings who arrived on Earth in 5000BC known as Eternals. The group went on to influence civilization and history throughout the years. Spanning generations, the film analyses the relationships between each member of the group, leading to the present day of the Marvel Cinematic Universe.

Eternals joins the rest of the MCU films and a long list of those that are available in the IMAX Enhanced version. Unlike ‘Black Widow’ and other Disney films like ‘Jungle Cruise,’ Eternals was never made available through Premiere Access. Instead, those who wished to view from home had to wait the 68 day period, which has since concluded.

Recently, Disney announced that its next Pixar film ‘Turning Red’ will be available for free on March 11.