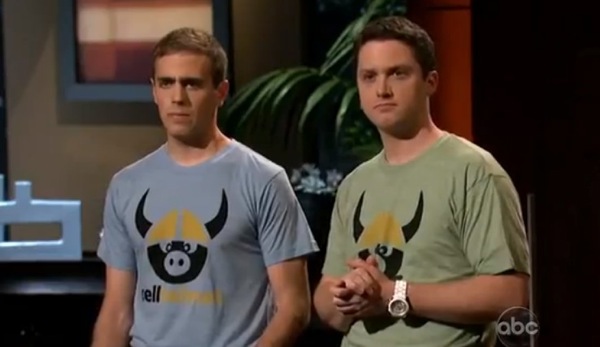 Cellhelmet started out on Kickstarter last February as an iPhone case and insurance program to offer protection for US and Canadian owners. Just last week, the company behind Cellhelmet let us know they had made its way onto ABC’s Shark Tank. Check out the video below to see how they fared (jump to the 23:30 mark):

Cellhelmet revealed they had 1,300 unit sales and also a repair rate of 3 per cent.

Shark Tank features Canadians Robert Herjavec, the former Dragon from CBC’s Dragon’s Den, plus existing dragon, Kevin O’Leary. The latter is notorious for roasting presenters always has interesting lines. He told Cellhelmet duo they are “nothing burgers” and said he wanted to “set you on fire and push you out of the tank.” Ouch.

We’ll have a review upcoming of their iPhone 5 case. Stay tuned.

Update: Cellhelmet told us they ended up making a deal locally in Pittsburgh thanks to their exposure on Shark Tank. Congrats, fellas!

In a recent interview, Apple engineer Esge Andersen discussed how the company achieved improved sound quality regarding the AirPods Pro 2. Much of the improvements came without the integration of lossless audio and it is all thanks to improved airflow instead. Speaking with What Hi-Fi?, Andersen pulled back the curtain about the improvements to audio...
Steve Vegvari
14 hours ago