Galileo: 360 Degrees of Control With Your iPhone [Kickstarter] 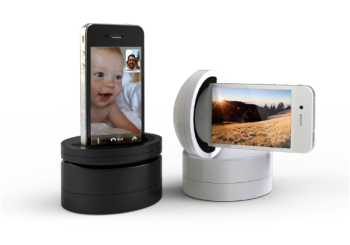 There are a lot of hits and misses on Kickstarter – but this one from Motrr has already surpassed its funding goal with several more weeks to go.

It’s called the Galileo. It’s a robotic platform and charging dock for your iPhone or iPod Touch. 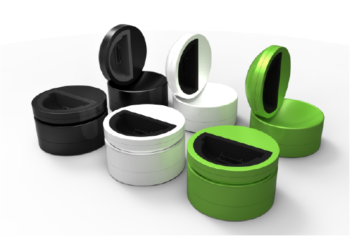 It’s a device that allows for infinite 360 degrees panning and tilting in any orientation with up to 200 degrees per second pan and tilt speeds. You place your iPhone (4 or 4s) or iPod Touch (4th Gen) in the cradle and you control the robotic platform with another iOS device – including your iPad. This is accomplished by swiping on the screen in any direction. 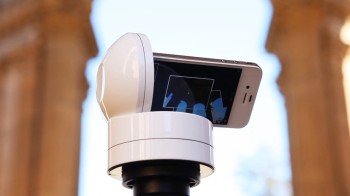 Some of those endless possibilities include video chats or video conferences. While people move around, do presentations, or whatever, you’re free to follow along as you please all without someone else having to move the phone. 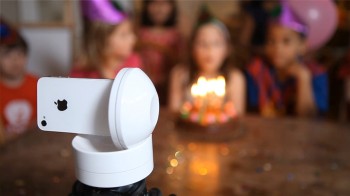 Some other great possibilities include staying connected with family while away, baby monitoring or even remote learning.

“My motivation originally was to make it easier for me to have video chats with my son when I was away on business. The lack of control and visibility when you are talking to someone far away makes you feel even farther away and was just so frustrating; Galileo solves that problem.” – Motrr designer Josh Guyot 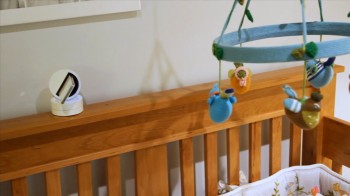 But what I’m really excited about is the photography and video capabilities. Think of the great time-lapse photography possibilities using movement. Or how about some nice transitions or pans with video. Or for me, doing product reviews I could offer some unique angles and views.

Motrr even suggests the Galileo would be great for real estate photography. Virtual tours are very popular, and what better way to capture 360 degree room tours than with the Galileo. 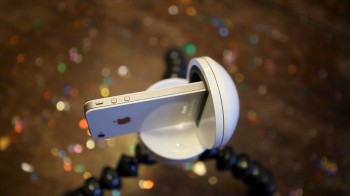 The possibilities are endless. I’m sure you can think of some unique ways to use the Galileo right now.

As with any Kickstarter project, there are many different pledge levels with various rewards. So for only $85 you can get a Galileo in either black of white for yourself. Motrr expects it to sell for $130 once it goes into production. Or for $95 you can get the Galileo in the limited edition Kickstarter Green. That’s my favourite.

So let me know, are you interested in the Galileo? Will you be picking one up?