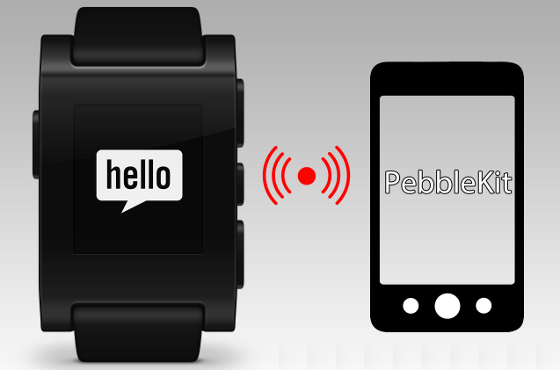 Pebble has announcedtoday it has added 2-way communication to its SDK to allow developers to create the following type of apps:

As for iOS users, Pebble has applied to the Made for iPhone program, a requirement for accessories to interact with iOS apps. This also means Pebble will be required to whitelist any app created before they can upload it to the App Store.

Along with the release of its Sports API, Pebble says over 13,000 watch users have paired with RunKeeper in the last two weeks.

Pebble has also raised $15 million from Charles River Ventures to further grow the company, which currently stands at 18 employees in Palo Alto. Canadian Eric Migicovsky, Pebble founder, had this to say to the NYT:

“When we started shipping Pebble at the end of January, we realized that if we were looking at a larger opportunity than we originally anticipated, we might need more support, a larger network and some capital to pull it off,” he said. Pebble spent most of its original $10 million on manufacturing.

“Obviously others have recognized the opportunity,” he said. “But we’re going to focus on what we’re good at, which is building a sports watch with a long battery life that looks good.”Pebble also says Orange watches are set to ship

After releasing its Watchface SDK last month, developers have created over 600 faces. You can read our review of the Pebble here.

Congrats to Eric and the team!