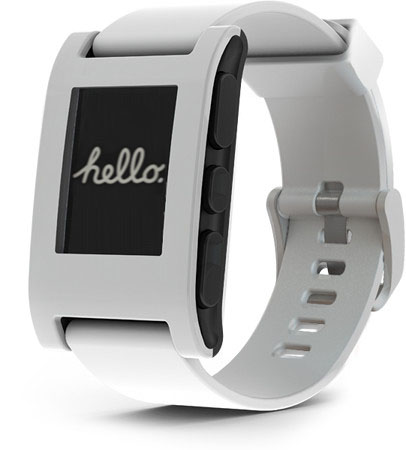 After much anticipation, Pebble has released their Watchface SDK over at http://developer.getpebble.com/, as previously promised:

Pebble is a customizable, Bluetooth-enabled smartwatch that connects to iPhone and Android smartphones. It features a 144×168 1-bit display, a 3-axis accelerometer and a Cortex-M3 ARM microprocessor. Pebble can be customized by installing new apps developed with its Software Development Kit. The SDK allows developers of all experience levels to build Pebble-enabled applications using a number of popular programming languages and technologies.

So far, the Pebble Android Intent API and Watchface SDK are live but the Sports SDK is ‘coming soon’. There is also a new area for developer discussion such as the Watchface SDK install/help forum, and Watchapp directory.